Skip to content
Home » New Coins » Who Should Appear Next on a Coin?

Nothing against the people displayed on the current US coins, but wouldn’t it be nice to see some new faces? Abraham Lincoln has been on the cent

since 1909, Thomas Jefferson on the nickel

since 1938, Franklin Roosevelt on the dime

since 1946, George Washington on the quarter

since 1932 and John F Kennedy on the half dollar

since 1964. At least the dollar has had some diversity in the past 50 years going from Dwight D Eisenhower to Susan B Anthony to Sacagawea to US Presidents.

Here are some people were considered on coins in the past: 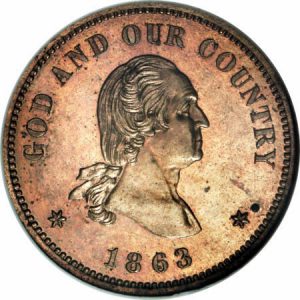 Granted, George Washington is on the quarter, but his face was considered to be put on a circulated coin back in the beginning of the US Mint. It would had happened if it wasn’t for George Washington himself. He didn’t believe he or any person should appear on a US coin. So the Coinage Act of 1792 would only allow a depiction of Liberty to appear on the front of coins. George was considered again in 1863 to appear on the new Two Cent Piece

, but was turned down. In 1909, designs were made of Washington to be put on the nickel. Banks tried to reserve the rumored Washington nickel, but was never released. It wouldn’t be until the bicentennial of his birth, 1932, until he finally appeared on a circulated coin.

With the passage of the United States $1 Coin Act of 1997, a “golden dollar” would be introduced. The first pattern of this new dollar would include the image of the US’s first first lady, Martha Washington with a date of 1759. Eventually the dollar would display the Indian guide, Sacagawea.

had been minted over 25 years and a new design with Benjamin Franklin was considered for the obverse, but no new coinage would be considered during World War II. If Franklin Roosevelt hadn’t pass away in 1945, Franklin might had appeared on the dime in 1946. Instead, Benjamin Franklin would end up on the half dollar two years later.

When Kennedy was assassinated on November 22, 1963, he was considered to replace George Washington on the quarter. This was mainly because the Washington Quarter

had been minted over 25 years and did not need Congressional approval. Kennedy’s wife, Jacquelyn, was against taking George Washington off a coin. So, Kennedy would be considered on the Half Dollar, but the Franklin Half Dollar was only in its 16th year. There was no problem to get Congress to approve this and in 1964, the Kennedy Half Dollar was introduced. 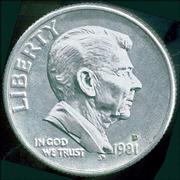 Since he has past away in 2004, Ronald Reagan has been considered to be on different forms of US money, including the dime, half dollar, $10 bill, $20 bill and $50 bill. Out of all of them, the one I heard about the most was the dime

. The “Ronald Reagan Dime Act” would had replace Franklin Roosevelt on the dime with Reagan. However Congressional Democrats and even Reagan’s wife, Nancy, were against this and the act wasn’t passed.

Who would you like to see on a coin in the future?

In terms of US coins in general, I think Theodore Roosevelt should be considered. During his presidency, he thought there was a need for the change in the designs of US coins. The coins back then were similar, and he thought there should be more of a variety. It is because of him that the Barber coins would go away and new and different designs would start appearing.

What famous person do you think should appear on a US coin?

4 thoughts on “Who Should Appear Next on a Coin?”