Skip to content
Home » Investing » Which Penny Would You Prefer?

and introduce a new design to the world. It was decided to put Abraham Lincoln on the penny to honor the centennial anniversary of his birth.

Both pennies were minted in Philadelphia and San Francisco that year. In fact, before 1908, cents would only be minted at the Philadelphia mint. San Francisco had only minted silver and gold coins, but in 1908, an ‘S’ mint mark would appear on a cent for the first time. 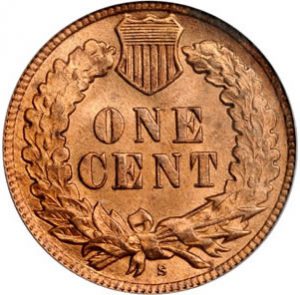 had more minted at 852,500. Even though there less than half as many 1909-S cents as 1877, the 1877 cent is worth twice as much as the 1909-S in good condition and more than three times in uncirculated condition. Some believe this is because people held onto the 1909-S cents knowing that it was the last year of the series. Others believe there were significantly less 1877’s minted. In any case, the 1909-S Indian Cent is definitely under evaluated.

were released to the public. At the bottom of the reverse of the coin 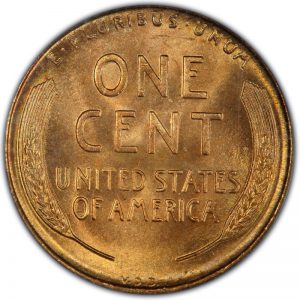 was the designer Victor D. Brenner’s initials, VDB. During that day came opposition of the initials appearing on the coin. Some thought it was personal advertising for the designer. Back then, most coins only had the last initial of the designer and Charles Barber, whose last initial ‘B’ appeared on the current dimes, quarters and half dollars, wasn’t too happy to see just a ‘B’ on the penny. The mint stopped minting the cents with the initials and the remainder of the year would see no VDB on the reverse. Only 484,000 VDB Lincoln Cents were minted in San Francisco. Even though there were less 1909-S Indian Cents than 1909-S VDB Lincoln Cents, the Lincoln Cent would be more popular and more sought at, and valued higher than the Indian cent.

With the 1909-S Lincoln Cent being minted the remaining third of the year, it would have a higher mintage than the Indian Cent and VDB Lincoln Cent combined, at 1,825,000. This would make it the least valuable of the three, but still not bad since it is worth $100 in good condition and $300 in uncirculated condition.

Moral of the Story

When looking at coins, rarity is not the only factor that makes a coin more valuable. Most people didn’t realize back then that there were less 1909-S Indian Cents than 1909-S VDB Lincoln Cent

. The VDB Lincoln Cents were minted in less time. So, most people thought there were less of them and went for them over the Indian Cent

. So, do your research when looking at rare coins. Of course, if you do get one of these cents, make sure it’s a legitimate San Francisco cent. Some counterfeiters will try to add a ‘S’ mint mark to a 1909 Philadelphia cent.

4 thoughts on “Which Penny Would You Prefer?”