Skip to content
Home » Coin Sets » Where Are The New Innovation Dollars?

Well, first full year of the American Innovation Dollar and so far, I have yet to see any new ones. I figured we would see the first one in February or March, but no such luck. What is the US Mint up to when it comes to these new dollars?

Back in 2018, we waited for the first Innovation Dollars only to finally obtaining them in December. Now it’s almost Labor Day 2019 and we have yet to see the first state Innovation Dollar. When will we see them? Are they going to release all four of the 2019 American Innovation Dollars in the fall or do we have to wait till December like we did with 2018 dollar? 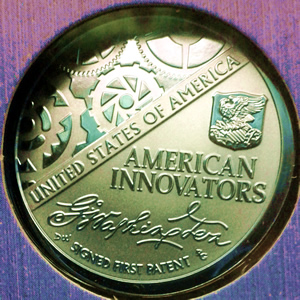 I think it was July 2019 when I first heard of a reverse proof of the Innovation Dollar that was released in 2018. If you know me, you’ll know how much I like reverse proof coins. I even got the 2019 Silver Proof Set to get the 2019-W Reverse Proof Lincoln Cent.

When this reverse proof dollar was released on August 14, 2019, I made sure to go to the US Mint website and getting two. One will go to a friend of mine who has been a coin collector as long as I have. The dollar was minted in San Francisco where only 75,000 were planned to be minted. As you can imagine with the low mintage, the coin sold out quickly. However, the US Mint says more may be minted. The key word being “may”. 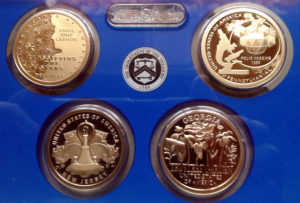 The deal with the Innovation Dollar is to release four different designs a year. The Mint has planned to release the four different reverse proof dollars separately, but according to the website, the regular proof 2019 American Innovation Dollars will be released in a proof set sometime in the fall. I haven’t heard anything about individual regular Proofs or Uncirculateds being released. I wonder if they will do American Innovation Proof Sets every year they release these dollars. All of these will be minted out of San Francisco. Nothing against doing an American Innovation Proof Set, but don’t we have enough annual proof sets? We have a regular Proof Set, a Silver Proof Set, and special Proof Sets from time to time. I would have rather seen these released individually like the reverse proof dollars.

If you remember the Presidential Dollars that ran from 2007 to 2016, they started releasing dollars in circulation. Unfortunately, the public did not use them just like the Sacagawea Dollars or Susan B. Anthony Dollars before them. So, I’m guessing the American Innovation Dollars will also be only released to collectors. It’s too bad that they can’t create a dollar coin that the public will use.

Seeing that only one of the Innovation Dollars have come out as I write this, it would be easy enough to begin collecting this year since none of the 2019 have been released yet. I definitely want to collect the reverse proof dollars. Maybe I’ll go for the proof sets as well. I’m a collector, right? Why wouldn’t I collect these?

Maybe they’ll do something special in the future like the three 2019-W Lincoln Cents or circulating 2019-W Washington Quarters. I wouldn’t be surprised that cherry pickers will find error coins now and then. The only error I’ve heard about on the American Innovation Dollars from 2018 are on the orientation of the edge lettering. They call it Type A and B, or Position A and B. I think Type A is right side up in terms of the obverse of the coin, whereas the Type B would be upside down.

So, what about you? Would you be interested in collecting American Innovation Dollars?