Skip to content
Home » Coin Sets » What’s the Deal With a No Date Buffalo Nickel? 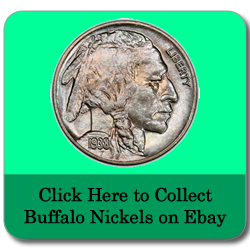 I’ve found Buffalo Nickels from time to time in my change or from coin rolls, but if I had to guess, 4 out of 5 of those nickels don’t show a date. Why is this and are they still worth something? First, let’s learn a little bit about Buffalo Nickels.

During the early part of the 20th century, many of the coins minted in the United States were designed by the US Mint’s Chief Engraver, Charles Barber. Barber designed the Liberty Nickel

While Theodore Roosevelt was President of the United States from 1901 – 1909, one of the things he was looking at was changing the designs of US coins. The first non-gold coin to see this was the one cent coin. After 50 years of the Indian Cent, the Lincoln Cent

was introduced in 1909. With the Barber Dime, Quarter and Half Dollar beginning in 1892, they could not be changed without an Act of Congress until 1916, their 25th year. This left the nickel. By 1912, the Liberty Nickel was in its 30th year putting it 5 years past asking Congress for a change. This would give President William Howard Taft’s administration the opportunity to change the nickel design. Barber was initially asked to design a new nickel around the time that the Lincoln Cent

was first minted. He designed a pattern that would had put George Washington on the obverse. This was going to happen until Mint Director Frank Leach left in November, 1909, making Abram Andrew the new Director. Andrew did not like the new Lincoln Cent design and wanted to get Congressional approval to change it, and it hadn’t even been out a year. He had seen a design by sculptor James Earle Fraser. Fortunately, Abe’s face remained on the penny and Fraser was asked to design a new nickel instead. 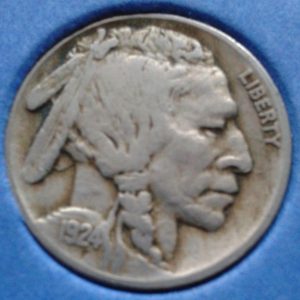 By December, 1912, Fraser’s new design with a profile of an American Indian on the obverse and an American Bison on the reverse was approved. There was opposition from the Hobbs Manufacturing Company from Worcester, MA who created the device inside vending machines to determine whether the coin put in the slot is real or counterfeit. Of course, they had issues with the new nickels and wanted changes made before it was minted. This would go all the way to President Taft himself. Taft would only be in office for 2 more weeks and did not want to stop the new nickel from being minted. So, on February 18, 1913, the first Indian Head Nickels were minted and the first forty would be distributed on February 22nd at the National American Indian Memorial in Staten Island, NY to Native American chiefs. The Indian Head Nickel, more popularly known as the Buffalo Nickel

, was finally released in circulation on March 4, 1913, the same day as the inauguration of President Woodrow Wilson.

Chief Engraver Barber noticed that there many more dies being used for the new Buffalo Nickel than the previous Liberty Nickel. He proposed changes, the biggest revision being changing the mound that the buffalo stood on to just a line showing flat ground. The nickels with the mound would be known as Type I and the line as Type II. It was also noticed that date and denomination wore quickly. “FIVE CENTS” would be enlarged and the numbers on the year would be thickened, but were still getting worn down. There was never a permanent solution that would help keep the date displayed in circulation. This would be one of the reasons that 1938 would be the last year of the Buffalo Nickel. 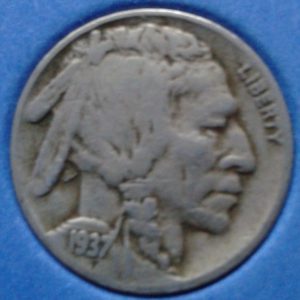 A popular error coin is the 1937-D 3 legged Buffalo Nickel. One of the front legs on the buffalo is missing making it valuable, starting at $550 in Good Condition.

Unfortunately, The Buffalo Nickel Was Flawed From the Beginning

It is sad because I think this was a great design, but details on the coin would wear down quickly, That’s why most of the Buffalo Nickels I’ll find today have no dates. Without a date, it is only worth five cents. I still like Buffalo Nickels

. Would you consider collecting them?

8 thoughts on “What’s the Deal With a No Date Buffalo Nickel?”