Seeing that there have been West Point Lincoln Cents and Washington Quarters released in 2019, I thought it would be interesting to talk about that Mint Branch.

Back in 2017, I visited the Philadelphia Mint Building and got to see the history of US coins, but there is a mint closer to me than Philadelphia. Being from New England, I’m only 3 hours away from West Point, NY. The West Point mint is not as well-known as the other current mint branches, Philadelphia, Denver and San Francisco. After all, it has only been a mint branch since 1988.

West Point is known for its military academy which has been there since 1802, but even before that was the treasonous act done by General Benedict Arnold who attempted to give the site to the British in 1780. It was the perfect military site along the Hudson River during the Revolutionary War.

From Depository to Mint Branch

West Point would initially be a silver bullion depository for the US government in 1938. As a result, it has been known as the “Fort Knox of silver”. Though it is located in West Point, NY, it is not affiliated with the West Point Military Academy. Almost $300 million of silver bullion was sent to numerous countries including the United Kingdom, Australia, India, and Saudi Arabia.

Also, West Point also helped mint some of the US Bicentennial coinage in 1976. Once again, no mint mark was not included on them.

By 1980, West Point would start gold metal production. They would house $20 million in gold making them the second largest gold storage facility in the United States, after Fort Knox.

The West Point Bullion Depository would become the West Point Mint on March 31, 1988. West Point would be the fourth modern US Mint Branch along with Philadelphia, San Francisco and Denver. 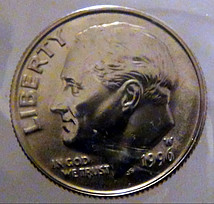 The 1996 US Mint Set would include an Uncirculated 1996-W Roosevelt Dime to celebrate the Roosevelt Dimes 50th anniversary. This would be the first regular issue US coin with a “W” mint mark.

In 2000, the first US bimetallic coin was produced there for the Library of Congress Commemorative.

This mint branch would also begin to mint modern coinage. They include: 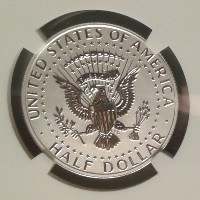 Unfortunately, There Are No Tours

Though I’ve driven by it, I could not view the inside of the building. As I am writing this, there are no tours there. I guess it’s understandable with all of the gold and silver there. It would be almost like visiting Fort Knox. I think if they ever decided to start a tour there, I would make an effort to go, seeing that I’m only a few hours away. How about you? Would you visit the West Point branch?

One group was able to go inside, the publication CoinNews.net in 2014. They were able to photograph over 3,500 gold bars.

Do you have any coins from West Point? Maybe you’ll find one of those 2019 America the Beautiful Quarters “W” mint mark, or maybe get one or all 3 of the 2019 Collector Sets with a West Point Cent.

2 thoughts on “The West Point Mint”