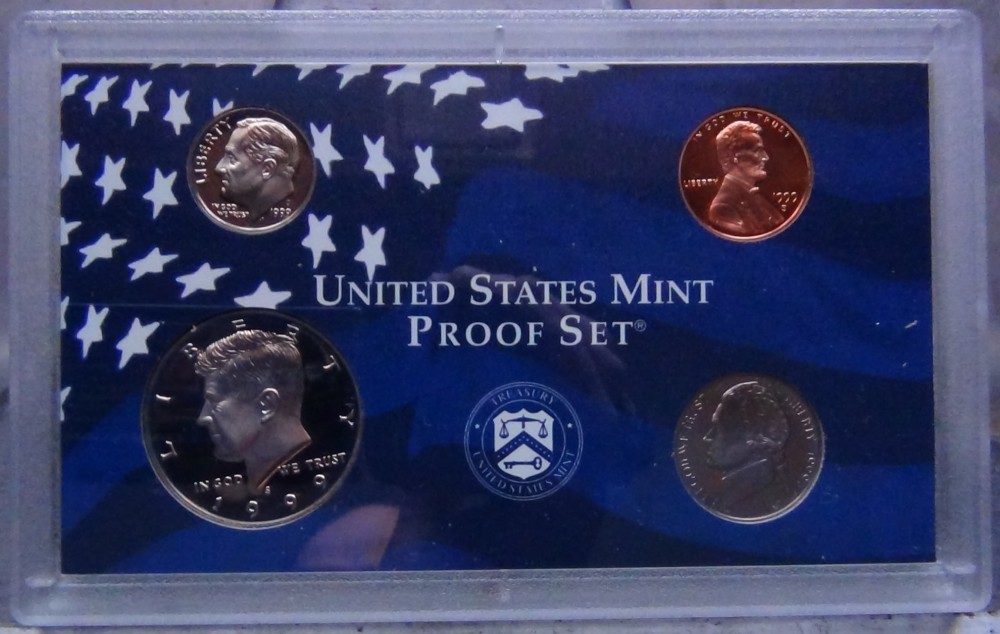 Proof Sets are one of the sets that the US Mint produce each year. If you get a proof set today, you’ll notice that the detail has a frosty or cameo image and the surface is polished to look mirror like. They have been like that since the late 1970s. Proof coins have been minted since the 1800s and many of them were frosty like the ones today, but few were minted each year. Proof coins from 1908 to 1916 had a matte finish which were had a sandblasted surface instead of mirror like.

The US Mint produced the first Proof Sets in 1936 at Philadelphia. They include the 5 coins at the time: Lincoln Cent

The Mint would continue producing Proof Sets up to 1942. Jefferson Nickels

would replace the Buffalo Nickel in 1938. Some 1942 Proof Sets include the Silver Wartime Nickel which were minted later in the year. Fewer of the Proof Sets back then had the frosty or cameo details like the ones today. So, the cameo proofs are more profitable than the ones with all mirror like detail.

Second Coming of the Set

1950 would see the return of the Proof Set. Now, they would include the Roosevelt Dime

instead of the Mercury Dime and the Franklin Half Dollar

replacing the Franklin Half Dollar. From 1965 to 1967, the Mint produced Special Mint Sets in place of the Proof Sets, but instead of the mirror like finish, these coins had a more satin polish.

From Philadelphia to San Francisco

In 1968, San Francisco would start minting Proof Coins and Proof Sets. Now, the price for each set would be $5.00. The Eisenhower Dollar

would be added in 1973 and the price increased once again to $7.00. 1975 and 1976 Proof Sets included the Bicentennial Quarter, Half Dollar and Dollar coins. 1976 would also include a special Bicentennial Set which contained the quarter, half dollar, and dollar with 40% silver. 1979 to 1981 replaced the Eisenhower Dollar with the Susan B. Anthony Dollar. 1982 returned to the 5 coin set.

Starting in 1983, the Mint would release a Prestige Set as well as a Set. The prestige set would have the cent through half dollar as well as one or two commemorative coins which would increase the price. The following is a list of commemoratives included in the Prestige Set: 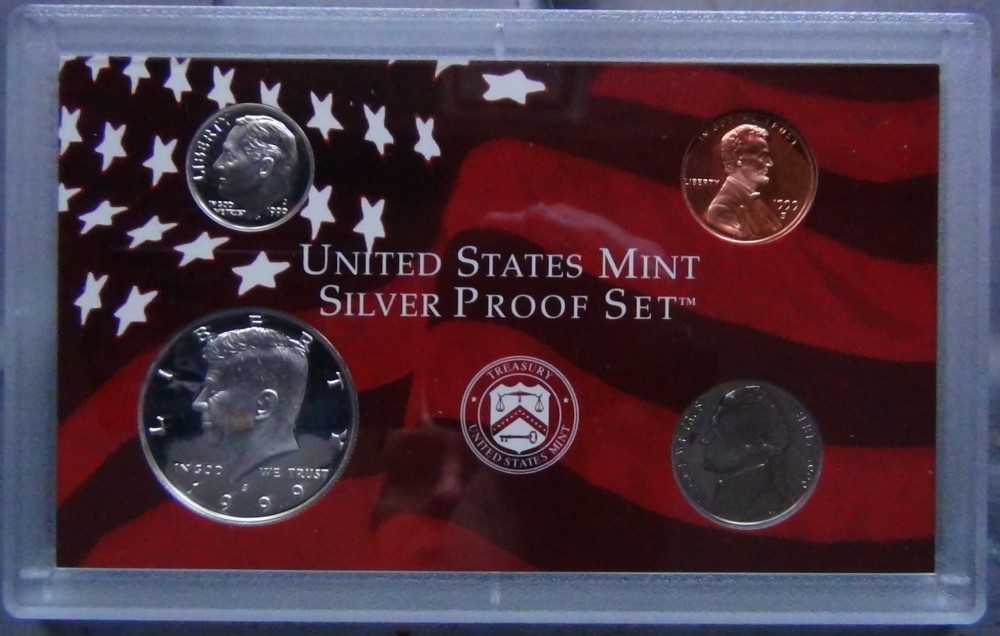 Starting in 1992, the Mint would release a regular Set as well as a Silver Set where the Roosevelt Dime, Washington Quarter, and Kennedy Half Dollar were 90% silver. There would also be Silver Premier Sets from 1992 to 1998 which were put in different packaging to display the coins. 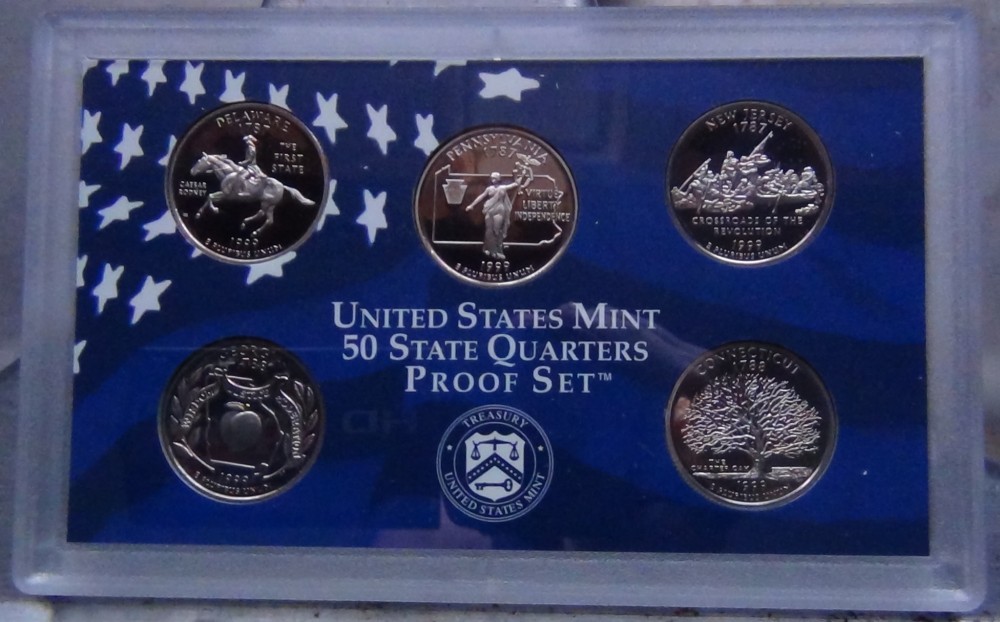 When the Statehood Quarters began in 1999, there would be 3 different Proof Sets produced: regular Set with 9 coins including 5 State Quarters

, a Set with just the 5 State Quarters, and a Silver Set with 9 coins. The Sacagawea Dollar

was added in 2000 and is still included today, now known as Native American Dollars. 2007 would introduce the Presidential Dollar

to the Proof Sets up until 2016. They would be included with the regular and silver Proof Sets as well as a 4 piece Presidential Dollar Set. 2009 would include 6 quarters for the District of Columbia and 5 US Territories and the 4 Centennial Lincoln Cents. 2010 would start including the 5 America the Beautiful or National Park Quarters

To give you a personal example, I purchased all 3 1999 Proof Sets from the US Mint. Let’s see if I made a profit or loss on them based on the 2018 Red Book:

As you can see, I took a loss on the regular Set and State Quarters set, but made a profit on the silver proofs. I’m guessing because this was the first year that the State Quarters came out, even though the non-silver set took a significant loss.

Do you have any Proof Sets? They are nice to look at and make a nice gift for a friend or child, but in terms of making a profit on them, that’s a tough call.