The year 2017 marks the 225th Anniversary of the US Mint. In celebration, the Mint is releasing a number of coins to honor it, 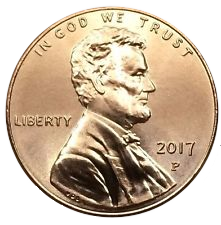 but there is one coin that they have kept secret, giving the public and collectors a big surprise. This year and this year alone, the cents from Philadelphia will include a ‘P’ mint mark. I haven’t found any information about it on the usmint.gov website, but it has been leaked out. Since the first Large Cent in 1793, there has never been a ‘P’ mint mark to appear on a cent.

So When Did the First ‘P’ Mint Mark Occur

The first time the mint mark would appear the Philadelphia Mint would be 1942, 150 years after the mint first opened. This would happen on the Jefferson Nickel

The Next Time the ‘P’ Mint Mark appeared 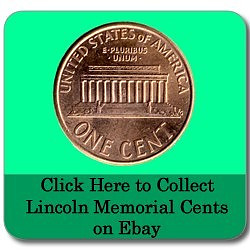 By 1980, all circulated US coins would have a ‘P’ mint mark for Philadelphia except the cent. Not sure why it was ignored on the cent. Supposedly, there were years when West Point minted pennies without a mint mark, but there is no way to distinguish between a Philadelphia or West Point penny during those years.

I haven’t seen any 2017 Lincoln Cents

yet. Maybe it too early seeing it’s only February, but I’m going to keep checking my change for one. Hopefully, I’ll find one soon. Have you found a 2017 cent with a ‘P’ mint mark yet?