Skip to content
Home » Coin Sets » Should the Penny be Eliminated? 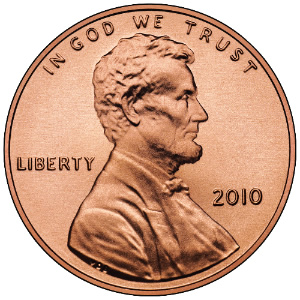 This is a question the US has been determining for decades. Do we really need a cent coin anymore? Let’s find out.

Other US Determinations that have Come and Gone

Canada no Longer has the Cent

2012 was the last year of the Canadian cent after it was determined that it would cost 1.6 cents to produce and less and less people were using them.

Copper is on the Rise

Everything would have to be Rounded to the Nickel

Everyone would have to readjust: companies, government, those TV commercials and infomercials that can’t use $19.99 anymore. Even sales tax would have to adjust to no longer round to the penny anymore.

Modern Cents are not worth Collecting

Is a penny saved really a penny earned? With billions of cents coming out every year, it’s not even worth collecting them unless you want to do a complete Lincoln Cent collection. Zinc cents lose their luster quicker than the Copper Cents.

Do you Think the US should keep Minting US Cents?

Can you live without any new cents coming out? It could happen someday as metal prices are on the rise.

6 thoughts on “Should the Penny be Eliminated?”