Skip to content
Home » US Mints » San Francisco, to a Coin Collector

In 2010, San Francisco had a population of 805,000, and is well known culturally and commercially. However, when it was founded by Spanish colonists in 1776, San Francisco (Saint Francis in Spanish) was just a small peninsula. What would bring people to San Francisco?

In 1848, San Francisco had a population of 1,000. In January, 1848, James Marshall discovered gold at Sutter’s Mill, about 40 miles from present day Sacramento. News of this would bring over 300,000 people across the country and the sea to make their wealth. This would bring people to San Francisco and by 1849, it blossomed to 25,000 inhabitants.

San Francisco was growing so much that the US mint was determined to build a branch there. In 1854, the first San 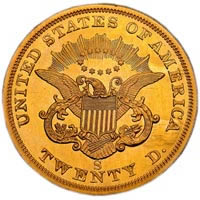 Francisco mint opened in a small brick building. The first year, they minted over $4,000,000 in Gold Coins

and the following year, they started minting Silver Coins

Gold was in demand at the eastern banks but with no intercontinental railroad, and the difficulty of traveling across the country because of robbers and Indians, the only way to get the gold there was by sea. There was no Panama Canal back then. So, you had to travel months around South America. Although there was no canal, they would take a boat from San Francisco to the isthmus of Panama, travel across, and take another boat to the Eastern US coast. The most popular boat to take San Francisco gold was the USS Central America. Besides passengers, it had a cargo of over $2,000,000 of gold coins and bars. In September, 1857, the ship encountered a hurricane off the coast of North Carolina. Some of the passengers were rescued by other ships, but all the gold went down with the ship. With the Central America not reaching New York City, the country went through a financial crisis until the Civil War began.

In 1874, the mint was moved to a new building made of stone that looked like a Greek temple (known as the Old Mint and “The Granite Lady”), and minted coins up to the 1906 earthquake. The building itself survived that and the fire afterwards, but the gas works were partially destroyed, delaying minting coins for a short tim 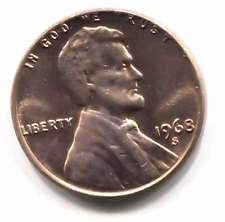 e. When they reopened, they expanded beyond silver and gold coins by minting the Indian Cent in 1908 and the Liberty Nickel in 1912. They used this building until 1937 when they built the current building.

Operations continued until 1955 minting the Lincoln Cent and Roosevelt Dime. Production wouldn’t resume there
until the 1965 Mint Set. Before then, the ‘S’ mint mark appeared on the reverse of coins. The 1965 – 1967 SMS coins did not have a mint mark. In 1968, San Francisco would start producing proof sets, which previously was done in Philadelphia. They did produce circulated Lincoln Cents

While in San Francisco, visit the US Mint 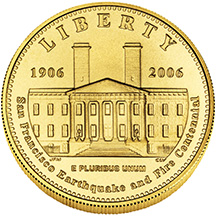 San Francisco has had a US mint branch longer than any other city, with the exception of Philadelphia. They still produce the US Proof Sets as well as commemoratives. The Old Mint building has been designated a National Landmark in 1961 and a California Historical Landmark in 1974. The Old Mint was sold to the city in 2003 to become the San Francisco Museum at the Mint. The Old Mint was honored on a silver commemorative dollar and gold $5 piece in 2006, the first coin to be displayed on a coin.

Have you ever visited the San Francisco mint or museum? I’d like to hear about it.

8 thoughts on “San Francisco, to a Coin Collector”