For the first forty years, the US Mint was only located in Philadelphia. People were starting to move west toward the Mississippi River and the Louisiana Purchase was bought by the French in 1803 extending the United States as far west as the Rocky Mountains. Gold was also being discovered, first at Cabarrus County, North Carolina (near Charlotte) in 1799, then Lumpkin County, Georgia in 1829.

Instead of moving the gold to Philadelphia which took too long to get there, the US mint decided to build three new branches closer to where the gold was located in 1835. The gold found in North Carolina could be taken to Charlotte and the ones from the Georgia mountains could be taken to nearby Dahlonega. A third branch would be built in New Orleans and would be one of the highest producing mint branches of the 19th century. 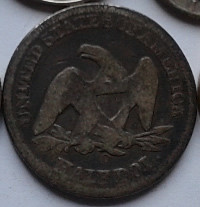 In the 1830s, New Orleans, Louisiana was the fifth largest city as well as one of the largest ports in the US. For this reason, as well as gold discovered in Alabama, a mint branch would be built there. As Charlotte and Dahlonega would only mint gold coins, New Orleans would mint both gold and silver coins with the help of foreign vessels coming to their port.

The New Orleans Mint would officially open on March 8, 1838. On May 7th, they would mint their first coins, 30 Liberty Seated Dimes. While Philadelphia was the place for the production of copper half cents and cents, New Orleans assisted them with the silver coins including the three cents, half dimes, dimes, quarters, half dollars, and dollars. They would also produce gold dollars, quarter eagles ($2.50), three dollar pieces, half eagles ($5), eagles ($10), and double eagles ($20). To distinguish New Orleans coins from the other three branches, an “O” mint mark was added to each coin. 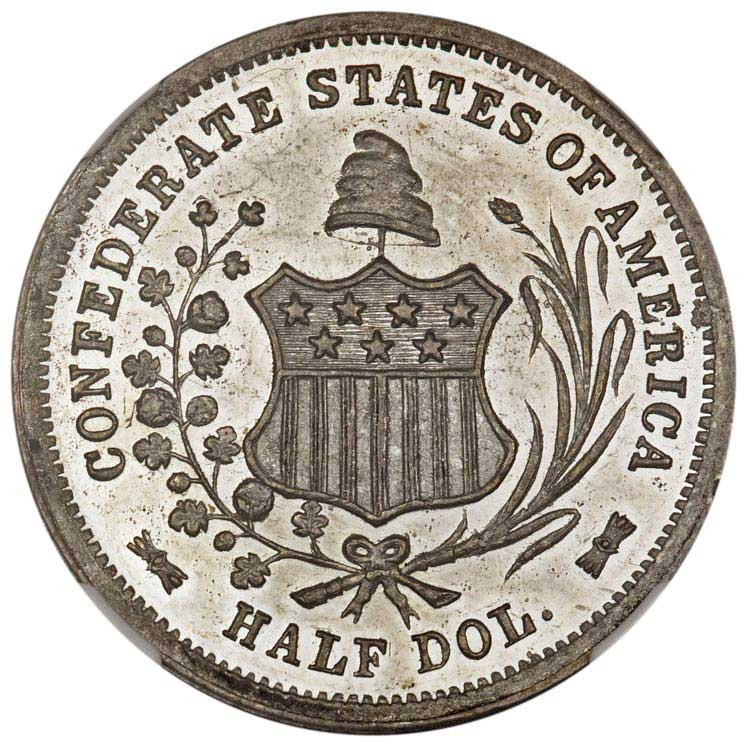 In 1861,, the Confederacy would secede from the Union. This would only leave two Mint branches for the Union, Philadelphia and San Francisco (opened in 1854) as the other three branches would be in Confederacy land. The New Orleans mint would stop minting on January 26, 1861, when Louisiana seceded. A few days later, any Federal workers would be allowed to stay, but would now work for the state of Louisiana.

On February 1st, the Secession Convention determined that there were $483,983 worth of silver and gold coins in the mint’s vault. This consisted of $308,771 in gold coins and $175,212.08 in silver coins. It was also determined that at least 5,000 $20 Double Eagles were minted by the New Orleans Mint during January before production ended.

Louisiana accepted the Confederacy Constitution in March and allowed the mint workers to stay in order to mint coins for the Confederacy. They would end up minting a silver half dollar with the Liberty Seated design on the obverse and a shield with a speared olive bud on the reverse. There was never a total mintage determined, but there are four known including one that sold for $960,000.

The Confederacy would close the Mint branch on May 31. 1861, when the building would be used for Confederate troops. Charlotte and Dahlonega were closed as well. When the Civil War ended in 1865, there was no mention of reopening any of these branches. 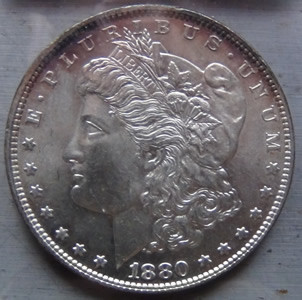 Toward the end of the Reconstruction of the South, only Philadelphia and San Francisco were minting gold coins and the mint still wasn’t considering reopening Charlotte or Dahlonega. However, in 1876, the former United States mint building in New Orleans would reopen as an assay office.

In 1878, Congress passed the Bland-Allison Act that would allow the US Treasury to get silver to produce Silver Dollars again. Silver Dollars had been stopped to be produced for the US in 1873 and Trade Dollars were minted mainly for Asian markets from 1873 to 1878. With the new Morgan Dollars, the Treasury considered bringing back the New Orleans Mint in 1879. They would need new machinery and refurbish the building as a result of the damage from the Civil War.

New Orleans would go back to minting silver dimes, quarters, half dollars, and dollars as well as gold half eagles, eagles, and double eagles (in 1879 only). Morgan Dollars would be minted in New Orleans until 1904 when production of silver dollars would stop again. By the time the Morgan Dollar returned in 1921, the New Orleans Mint was closed. In 1909, the US Mint decided to close the mint. The Denver Mint opened in 1906 allowing three mint branches without New Orleans.

The Future Of The Mint Building

The New Orleans Mint was decommissioned in 1911 and would become an assay office again until 1932. Then, it became a Federal prison from 1932 to 1943. The Coast Guard would use it as a storage, but by 1965, it would belong to the State of Louisiana. It was used as a fallout shelter for some time.

Though it looked like the building was going to be demolished, the State of Louisiana was able to renovate it into a museum in 1981. As well as a museum showing the mint’s production, they display Mardi Gras objects and jazz music from the New Orleans Jazz Museum.

Do You Have Any Coins With An “O” Mint Mark?

Maybe you have a Seated Liberty or Barber coin from New Orleans. Toward the top of the page, I included an image of the reverse of a 1850-O Liberty Seated Half Dollar that once belonged to my grandmother. I would guess many people have at least one New Orleans Morgan Dollar. I would like to visit the museum someday. How about you?