In my previous article, I mentioned that 2019 was not a good year for me personally. A week before Thanksgiving, I lost my 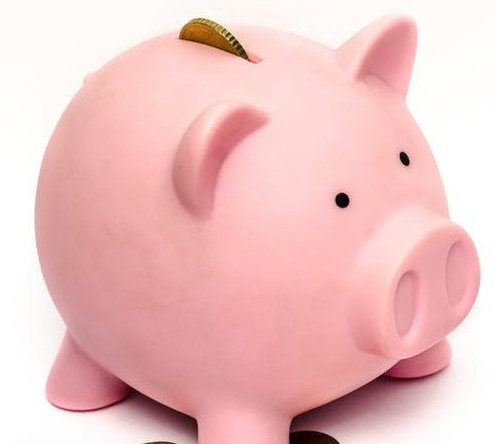 mom. As sad as I was that she passed away, I’m grateful that she died in her sleep peacefully in her own bed at the age of 96. She lived a good long life and she influenced many people. I heard from people that she hired when she was the supervisor at the local grocery store she worked at for 43 years. They were all inspired by her during their time there. She also influenced me through the years and I realized how much of a major influence she was when I started collecting coins.

Many years ago, when I was 11, I started looking at coins differently. When I told my mom I had an interest in collecting coins, she had me sit down on the kitchen table and went to another room. When she came back, she had a big glass piggy bank filled with Lincoln Wheat Cents. My eyes lit up when I saw it. The only rule she gave me was I couldn’t break the bank. So, I had to either shake them out or use a butter knife to get them out.

Once I was done with that piggy bank, my mom brought out another one. This time it was filled with Jefferson Nickels. With this bank, I was able to fill most of the holes in the No. 1 and 2 Jefferson Nickel Whitman folders. Three nickels that I remember not finding were the 1938-D, 1938-S and the 1950-D. I would have been shocked to find a 1950-D there as they were only minted in Mint Sets. My dad would give me 45 cents each day for school hot lunch. Eventually, I would find the 1938-D and 1938-S from this change.

As you can imagine, I was ecstatic to find all of the these Lincoln Cents and Jefferson Nickels so quickly.

More Coins Along The Way

As I grew older, my mom would give me more coins. These would include some 1964 Kennedy Half Dollars as well as some Morgan and Peace Dollars. In fact, she gave my friend one of the silver dollars she had. She even gave me one of the gold-plated Eisenhower Dollars she had obtained. 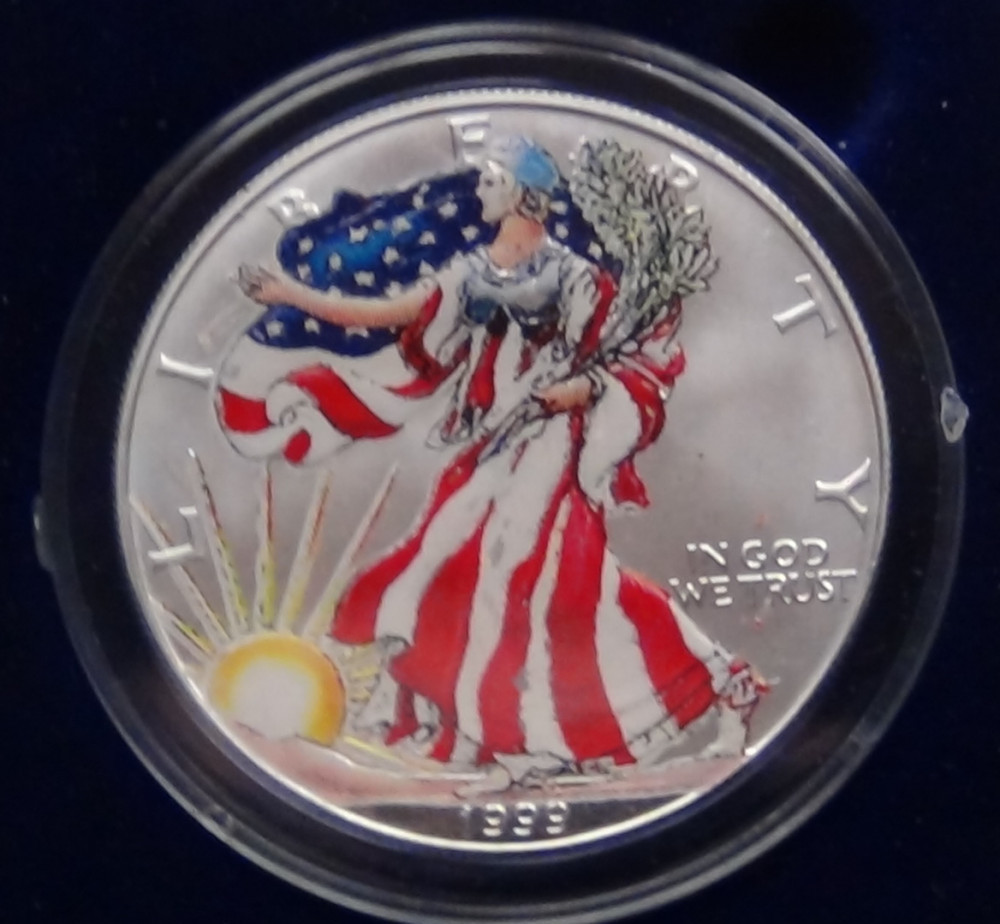 If you collect coins, you’ll probably understand what I am about to speak about here. My mom would get those mail order catalogs. She would go through them and on occasion, would find an ad for coins. She must had liked the coins that were painted over because I received a couple of those including a painted American Eagle Dollar and a coin with George W. Bush painted on the front and Al Gore on the reverse. I told her to please stop getting these.

Then there was the Morgan Dollar Set. They promised one from each mint except Carson City, of course. Well she gave it to me and I checked it out. Looking at the reverses, I noticed there wasn’t an “O” mint mark for New Orleans. She sent it back and got another set, this time with the “O” mint mark. She spent more than she should have which was no surprise with the catalogs that she received. I said these sets are not worth what they tell you and it’s not worth her getting them from there.

She did stop ordering them for a while, but then found a set she thought I would love. When the Boston Red Sox won the World Series in 2018, a commemorative set was released of twelve American Eagle Dollars with one of the Red Sox players painted over the eagle on the reverse. She showed me the ad to see if I wanted it. I told her I don’t want her to pay what their asking. I think she thought the twelve coins would cost $99, plus $6 for shipping. I told her that it was the price for each coin. She would have to pay over $1,200 for the whole set. Sure it would be nice to have, but there was no way I was letting pay that much.

I realize she meant well and she was thinking of me. I just wish she stayed away from those catalogs.

Almost Got Her Interested In Coins, Even In Her 90s

On occasion, I have gone to coin shows and she came with me to one of my Coin Club’s shows in 2018. She walked with me through all of the tables before I brought to where she could sit. She remembered the coins she grew up with including the Standing Liberty Quarter and Walking Liberty Half Dollar. She also remembered the Indian Cent and Buffalo Nickel that we would see. She wasn’t a coin collector, but she was always interested in history, as was I. Seeing some of these coins would remind her of different historical periods in her life including the American Revolution and World War II. Though she would never collect them, I think she enjoyed seeing these coins. I’m glad I brought her with me that day. She got to see why I was interested in collecting coins after 40 years.

So, Who Helped You Get Started With Coin Collecting

For some people, it could have been someone they would have never suspected. Last year, I bought a new Whitman folder for the early Lincoln Cents. The original folder was in real bad shape after over forty years. I don’t know how many times I had to tape it to keep it together. While moving the cents into the new folder, I remember the glass piggy bank my mom had me go through so I could fill most of the holes.

If you were interested in coins as a kid, you may have had a relative or friend get you going. Who was it for you?