Skip to content
Home » My Collection » My Coin Collecting Beginnings

My first encounter with collecting US coins was finding some of my brother’s blue Whitman coin folders when I was 11. I’m guessing one of my uncles gave them to him. He didn’t seem to care about collecting coins so I took the folders. Here are a couple of those folders that got me started collecting. 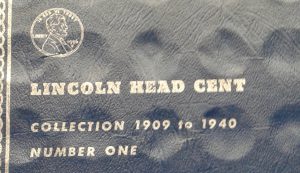 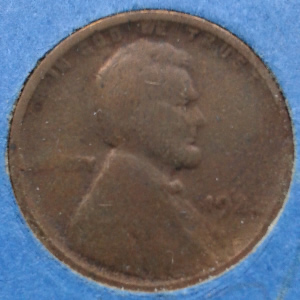 The next hole after the 1921-S is the 1922-D. The 1922-D is filled with controversy and the one in my blue Whitman folder is no exception. Some people have found 1922 Lincoln cents without the D which is valuable. Now, the cent pictured on the right is in the 1922-D hole. You can see the 192 but the last number is difficult to distinguish. It could be a 2 and it could be a 7. You judge for yourself, but I think it is a 2.

All in all, I am only missing 13 out of the 74 in the folder. Not bad. I do have a 1931-S, but like other key dates, I am not going to include it here. This folder is a reflection of my childhood and my collecting beginnings.

As you would expect, the first Jefferson Nickel

folder would easier to finish than the first Lincoln cent folder. If I recall, some of the 11 silver nickels were already in there. I’m guessing my uncle put those in there for my brother. Surprise, surprise! My mom had a Jefferson Nickel’s bank. I found most of the nickels from the bank, but there were a few early ones missing including the 1938-D, 1938-S and 1942-D. I think I found the key 1939-D in my mom’s bank. I would find the remaining ones in change, especially in the lunch money that my dad would give me.

There is one empty hole in my folder, the 1950-D. The 1950-D would only be released in mint sets so I am not including it in the folder. Just like the Lincoln folder, this folder brings me back to my childhood. My father past away when I was 14, but before then, he would give me lunch money every day up until then. I would find some of the coins to fill the holes through that change and remind me of my dad.

What were your coin collecting beginnings?

If you have collected, I’d like to hear how you started. Did you start with the blue Whitman folders like I did? Did you begin with Lincoln Cents

4 thoughts on “My Coin Collecting Beginnings”