Skip to content
Home » Coin Sets » Is There a New US Dollar Coin in Our Future? 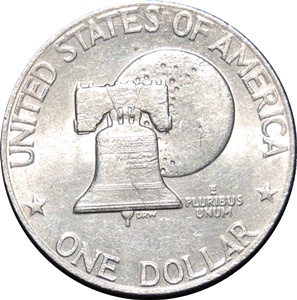 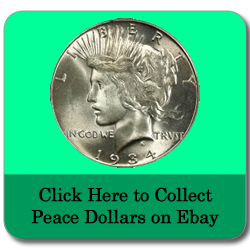 On September 14, 2016, Rep. Jim Himes of Connecticut introduced legislation for a dollar coin to honor American Innovation. This would replace the Presidential Dollars that ended in 2016. The plan, similar to the state quarters, would be to mint a coin from each state, US territory and the District of Columbia. The mint would produce 4 different designs each year for 14 years.  Interesting idea, but will collectors and the public go for it? For over 50 years, the United States Mint has tried to produce a dollar that would do well in circulation, but has had very little success. 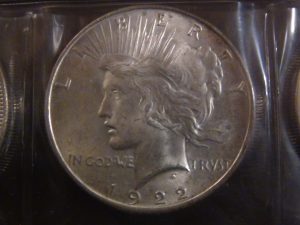 The last Silver Dollar in the US was the 1935 Peace Dollar. There was an attempt in the 1960’s to bring back the dollar by minting 45,000,000 Peace Dollars, but it was too late. There was talk about removing silver from US coins and a fear that people would hoard these silver dollars instead of spending them. In the end, there were only 316,000 1964 Peace Dollars produced out of the Denver mint, and were supposedly all melted. There have been rumors that a few may have made it out of the mint, but none have been seen.

In 1971, a new dollar was minted to commemorate President Dwight  D. Eisenhower, who passed away 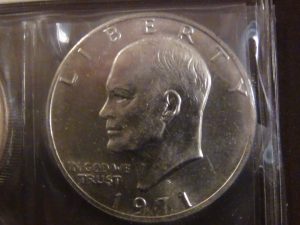 on March 28, 1969.  Clad circulating coins, composed of copper and nickel, would be minted at the Philadelphia and Denver mints and clad proof coins would be minted in San Francisco. For collectors, there would be uncirculated 40% silver dollars in blue envelopes and proof 40% silver dollars in brown boxes from San Francisco, known as blue and brown Ikes. The blue and brown Ikes were released from 1971 to 1974. With the Bicentennial of the United States occurring in 1976, the mint would produce special reverses on the Washington Quarter, Kennedy Half Dollar and Eisenhower Dollar

only lasted 8 years, ending in 1978. Even though there were a lot of circulating Ikes minted, people were not using them. Many thought they were too big to spend. They definitely weighed down pockets and purses. As a result, the mint would start minting a smaller dollar.

By 1977, the US government was looking to produce a smaller dollar for circulation. The idea was to create a modern Liberty design. During the 1970’s, many woman were trying to get the Equal Rights Amendment passed which gave the idea to put an actual woman on the new dollar coin. The 20th century saw men, mostly presidents, on the obverse sides of US coins, but for the first time, a woman would be used. It was decided to use Susan B. Anthony who was a well known social reformer. The Susan B. Anthony Dollar was 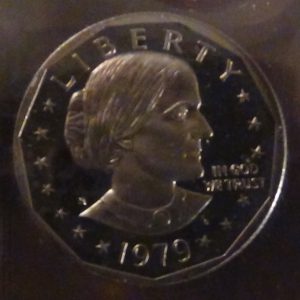 introduced to the public in 1979.  In the first year, over 750,000,000 would be minted between the Philadelphia, Denver and San Francisco mints. Unfortunately, the Susan B. Anthony Dollar, like the Eisenhower Dollar would not be popular to the public. It was smaller and lighter than the Eisenhower Dollar, but the size of this new dollar was close to the size of the Washington Quarter. So, most of the Susan B. Anthony Dollars were accidentally being used as quarters if people didn’t look at the coins closely. Because of this, there would be less than 100,000,000 minted in 1980, and by 1981, they would only show up in mint and proof sets. The US government ended up with a surplus of 520,000,000 dollars, and until they could get rid of them, no more dollar coins would be minted. After 1981, they would primarily be used in Post Office vending machines to buy stamps. Supposedly, the Susan B. Anthony Dollar would be used as tokens at the Baltimore Metro Subway. By 1997, there was talk about creating a new dollar, but with Susan B. Anthony dollars finally depleted and the new dollar not ready, 41,000,000 more Susan B. Anthony dollars would be minted in 1999, primarily for the stamp vending machines.

In 1987, Canada would introduce an eleven sided, gold colored dollar. Like the Susan B. Anthony Dollar, the new Canadian dollar was similar to size as the quarter, but with the gold color, it was easier to distinguish. With the popularity of this Canadian dollar, the dollar bill would be eliminated by 1989.

By 1997, most of the US government’s Susan B. Anthony dollars had depleted and a new dollar was being considered that would be similar to the successful Canadian Dollar. The new US Dollar, would be gold colored and display Sacagawea, the Native American guide for Lewis and Clark between 1804 and 1806. The new dollars would start being released in 2000. Even with the new golden color, the Sacagawea Dollar would not prove to be popular with the public and many of the new dollars would end up in government vaults like 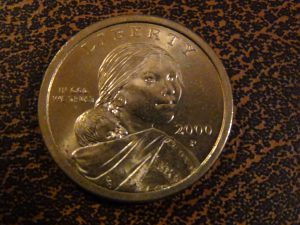 the Susan B. Anthony dollar. With the unpopularity of the new Sacagawea Dollars, the new dollar would be taken out of circulation and only released in mint and proof sets within 2 years of release.

The 2000s saw the success of the State Quarters and with them coming to the end, the US government wanted to produce a coin that they thought would be as successful. In 2007, the US Mint would release new gold color dollar coins with the faces of the first four US Presidents. They would release four coins each year for the 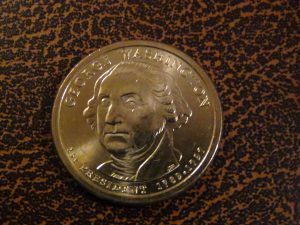 next 10 years, except for 2016 which only had three released. The first 38 Presidents from George Washington to Gerald Ford would be displayed. The last President to be displayed would be Ronald Reagan for a total of 39 different coins. The remaining Presidents who were still living as of 2016, Jimmy Carter, George H.W. Bush, Bill Clinton, George W. Bush, and Barack Obama would not be included.

started off well, but by 2011, the popularity wore off. From 2012 to 2016, the Presidential Dollars would not be released in circulation.

If the American Innovations Dollar Get Approved, Will it Be Successful?

As of January, 2018, the new Dollar has not been approved, but what if it does? Since silver has been removed from circulating coins, the dollar has not seen much popularity. I’ve got to ask, why? Canada’s dollar coin was successful enough to eliminate the dollar bill 30 years ago, and the US can’t even find any success with their versions of the gold color coins. Do you think an American Innovations Dollar could be successful, or should the government consider a new design for the American dollar coin?

The Peace Dollar – The 20th Century’s Silver Dollar
Do You Like Ike?
Collecting Sacagawea Dollars
Last of the Presidents

8 thoughts on “Is There a New US Dollar Coin in Our Future?”