Skip to content
Home » Coin Sets » Is the US Mint thinking about the Collector?

It’s been 15 years since I bought anything directly from the mint. I think the last purchase I made was a 2001 proof set. Granted, I had to stop collecting for awhile, but haven’t seen anything recently to buy from them. Let’s see what they have released in the past few years. 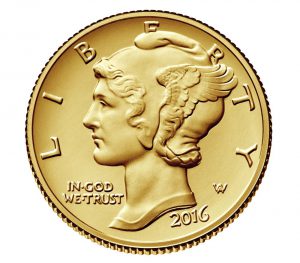 and Walking Liberty Half Dollars

to commemorate the 100th anniversary of when they were first minted. The Mercury Dimes sold out quickly. The Standing Liberty Quarter and Walking Liberty Half Dollar were not as fortunate as they are still listed on the US mint’s web site.

It would have nice if they had also released silver coins as well. After all, the original coins were silver. More collectors would had bought silver sets of these coins, don’t you think?

This year’s US Commemoratives

include the Lion’s Club and Boys Town coins. Are you thinking about purchasing these coins? I’m not at this moment. The last commemorative that interested me was the Baseball Hall of Fame commemoratives in 2014. What made them unique was that they were curved like a baseball. Other countries have made commemoratives different shapes to get people to buy them. Congress has approved a commemorative honoring the Apollo 11 landing on the Moon to be released in 2019. It should be similar to the Hall of Fame coins as they will release a clad half dollar, silver dollar and gold $5 piece. They will also be curved coins. Check it out in 2019! 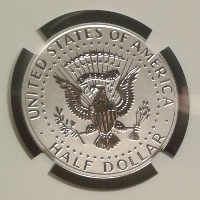 I wrote a post about reverse proofs. These proofs have the clear mirrored portion on the detail of the coin and the background is frosted. When I first saw one, I said, “Wow! This is great!”. I have two of them, the 2013-P American Eagle Dollar

and the 2014-W Kennedy Half Dollar

. I think there are around 15 different reverse proofs that had been released in the United States. Other countries had minted them as well. I hope the mint does more of these. It makes collecting proofs more interesting.

It has been said that children today are not as interested in coin collecting as in the past. One thing that the mint did that got kids interested was the Statehood Quarters

from 1999 to 2008. I purchased the map from the top of this post from the US Mint to collect a quarter from each state. I thought this was a good idea. Unfortunately, other ideas like the National Park Quarters, Native American Dollars and Presidential Dollars

have not peaked interest. Is there anything you can think of to get kids and adults interested in collecting coins again?

4 thoughts on “Is the US Mint thinking about the Collector?”