The three coins above are three different shots I took of a Lincoln Cent in an old Whitman folder in the 1922-D hole. The question I have is could this be an actual 1922 Lincoln Cent

1921 saw the end of the Morgan Dollar

and the introduction of the Peace Dollar

, but only a little over a million were minted that year. The mint decided to add many more silver dollars in 1922. To do this, they didn’t mint any nickels, dimes, quarters or half dollars during 1922. All three mints, Philadelphia, Denver, and San Francisco would produce the new Peace Dollars. With the Philadelphia mint working heavily on minting Peace Dollars, over 51,000,000 minted in 1922, this left Denver to mint cents as well as dollars. By the end of the year, Denver would produce 7,160,000 Lincoln Cents and just over 15,000,000 Peace Dollars.

It’s been told that there are three varieties of the 1922-D due to the overuse of the coin dies. The most common 1922 Lincoln Cents have the “D” mint mark, but there are some that had a weaker “D” or no “D” at all. They say the last “2” is clearer than the other digits, but with the wear of my coin, you can barely see the last “2”. Look at the pics of the top of this article, I can’t see a mint mark on this coin.

Well, I decided to take another picture of it, and… 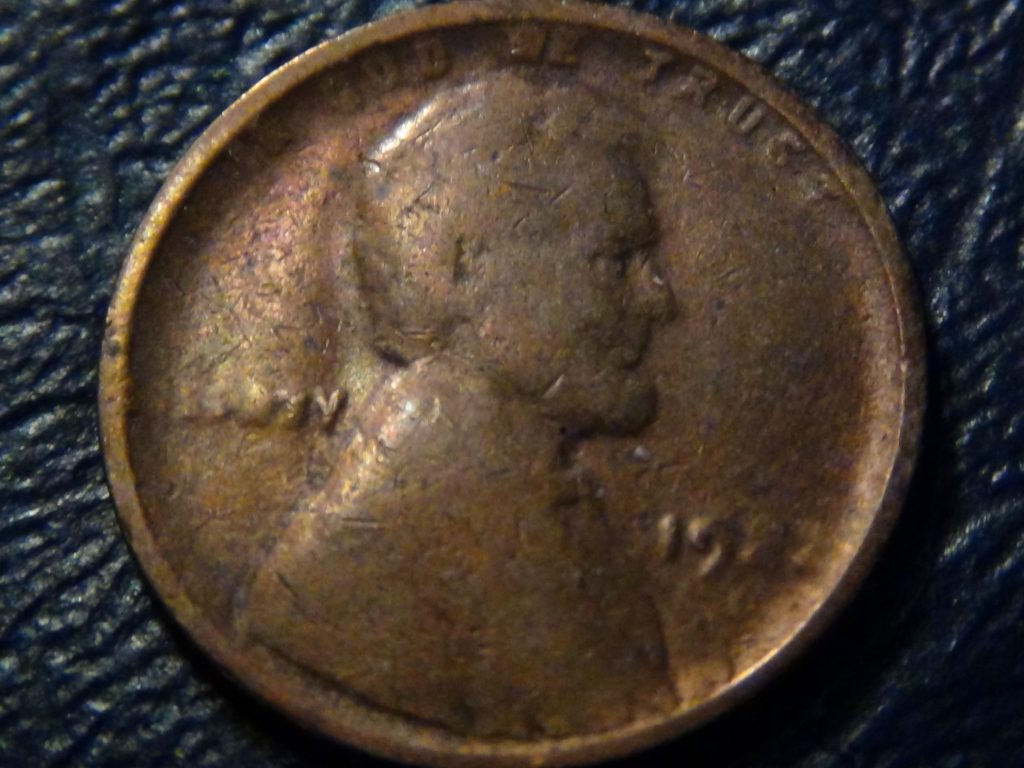 Have you ever had this experience before when you tried to determine what coin you had? Hope you had success finding out what it is. If there is anyone out there who actually has 1922-D with no mint mark, let me know. I’d love to see it!