Yes, today is Victory Day and the only place that celebrates it is the smallest state in the US, Rhode Island. There are no parades, no celebrations and some people will have the day off. It was a federal holiday until 1975 and was originally celebrated on September 2nd when the Japanese signed the surrender document ending World War II. Originally known as Victory over Japan Day (VJ Day), it was changed to Victory Day and moved to the second Monday in August. Enough about Victory Day. Let’s talk about coins during World War II.

In the midst of World War II, the military was in dire need for copper for ammunition. So, in 1943, a steel Lincoln Cent was released to the public. It was minted in all three mints at the time, Philadelphia, Denver and San Francisco. Almost half a billion pennies were minted that year. There were a few copper cents and silver cents from dime planchets minted by mistake and are worth a lot of money. One copper 1943 cent sold in 2010 for $1,700,000 in MS-62. However, there are a number of counterfeits out there with steel cents coated in copper. If you do see a copper 1943 cent, make sure you have a magnet with you. Steel is magnetic, copper and silver are not.

Steel cents may had continued into 1944, but with their original luster, the steel cents were sometimes mistaken for dimes and some machines treated them like metal slugs, so they couldn’t be used. The US mint was able to get shell casings to make cents that look like the ones before 1943. They would end up using the shell casings from 1944 to 1946. Similar to the rare 1943 copper cents, there were a few 1944 steel cents accidentally minted. By 1947, the Lincoln Cent was fully back to normal.

Just like the copper in the Lincoln Cent, the nickel in the Jefferson Nickel would be used for armor plating. In the place of nickel was silver. Beginning in October, 1942, nickels would be made of 56% copper, 35% silver and 9% manganese. They would be continued in this composition until the end of 1945. That small mint mark that was at the bottom right of Monticello would be moved above the building, and significantly larger. For the first time, a ‘P’ mint mark for Philadelphia was included on the silver coins from that mint.

The Mercury Dime, Washington Quarter, and Walking Liberty Half Dollar stayed the same with 90% silver, but changes to the dime and half dollar would change shortly after World War II. 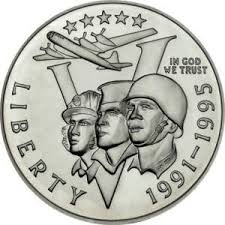 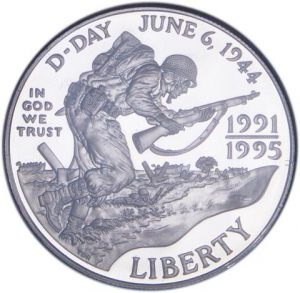 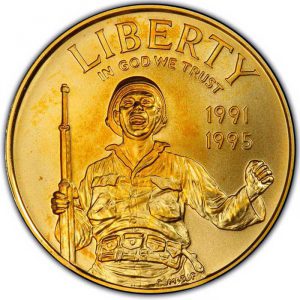 In 1993, the US Mint released a 3 coin collectors set to commemorate World War II. It includes the following

Once again, coins were an important part for the war effort and remembered 50 years later. I collected a slab set of uncirculated wartime nickels. Sometimes, when I look at them, I think about my uncles who fought then as well as the Korean War. Would you consider collecting World War II coins?