When the US Mint was opened in 1792, the different denominations were determined including the cent. However, the cent back then would be different than the cent you see today. Starting in 1793, the cent would have a diameter around 27 mm. and a weight of 13.48 grams. By 1796, it would have a diameter of 29 mm. and a weight of  10.89 grams. This made it weigh more than the quarter, but close in diameter. These Large Cents 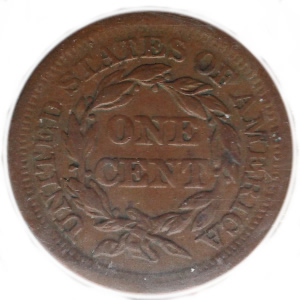 In 1856, a pattern coin was looked at to replace the Large Cent. This pattern coin would have a diameter of 19 mm., 10 mm. smaller than the Large Cent, and only 88% copper. The other 12% would be nickel. There would be between 2,000 and 3,000 of these pattern coins minted in proof to show Congress what the new cent could look like. These new cents would be approved with the Coinage Act of 1857, eliminating the Half and Large Cents

. These new cents would be known as Flying Eagle Cents and would be minted from 1857 to 1858. The Small Cent was born. 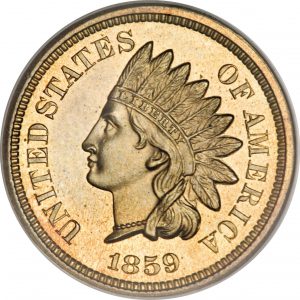 1859 would introduce the Indian Cent

, but it wasn’t meant to be a design of a Native American, but Liberty wearing an Indian Headdress. From 1859 to 1864, the Indian Cent would be the same weight and composition as the Flying Eagle Cent. In 1864, the US was in the middle of the Civil War and during this period, people were hoarding cents because nickel was in short supply. This introduced the Coinage Act of 1864 which would take nickel out of cents and make it bronze (95% copper and 5% tin and zinc). This would make the cent weigh less and the composition would continue through the end of the Indian Cent in 1909. 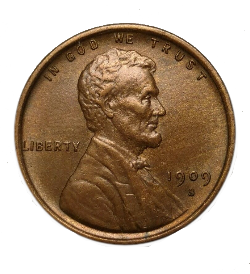 In 1909, a new design was put on the cent to commemorate the 100th anniversary of Abraham Lincoln’s birth. The Lincoln Cent

The cent went through many changes in the last 200+ years, not just from Large to Small cent, but the composition of it. What do you think about the difference between the Large Cent and Small Cent?

4 thoughts on “From Large to Small Cents”