Skip to content
Home » My Collection » Five Ounces of Silver

In the previous post, I spoke about my visit to the US Mint in Philadelphia earlier this week. At the end of the tour, I went to their gift shop. I had to buy a T-Shirt. So I saw a black T-Shirt with a Lincoln Cent

on it and without hesitation, purchased it. However, my main mission of going to this shop was to obtain a coin or coin set. Now, I saw the current year’s Proof Sets, American Eagle Silver Dollars and Bullion Gold Coins. Also saw some recent Commemoratives

which included the 2014 Hall of Fame Silver Dollars. I was considering going for this silver dollar, but wanted to continue looking at what else they had. They also had some medals that had been minted there. They did have coin sets like Franklin Half Dollars

. Finally, I found something that I had considered buying for the last year, and today would be the day. 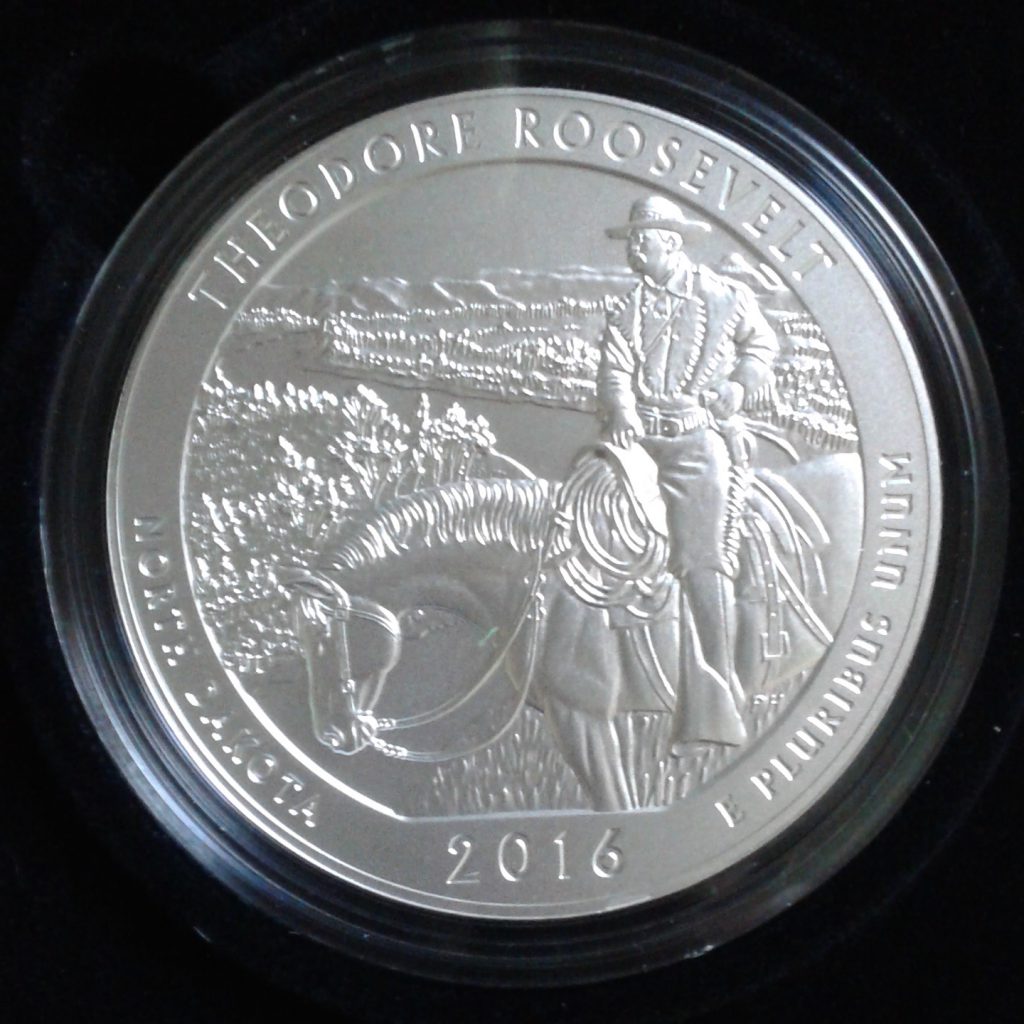 The first time I heard about the Five Ounce Silver Coin was 2 years ago when I saw them in the 2016 Red Book. They are known officially as the “America the Beautiful Silver Five Ounce Silver Uncirculated Coins” as they are minted alongside the quarters that have been minted since 2010. Currently, they are only minted in Philadelphia which was perfect as it will be a remembrance of visiting that Mint building. 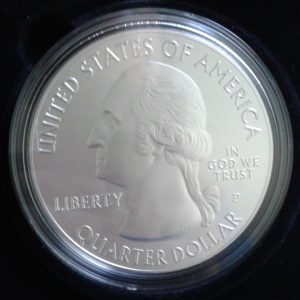 ces Between America the Beautiful Quarter and 5 Ounce Coin

The obverse and the reverse of the 5 ounce coin have the same design and lettering as its quarter counterpart.

Tough call. I love the one I currently have, but what would I have to consider to get all of them. First of all, there have minted 5 different coin each year since 2010 and are considering minting them until at least 2021. That’s 12 years and 5 each year would be 60 coins total. The mint sells them at $149.95 each which means the set would cost around $9,000. Looking at the Red Book, some have gone down in price, while a few have gone up. The current silver price is around $18 per ounce which makes the current silver value of each coin above or below $90. Another thing to consider is where would I put all of these coins. With each coin being 3 inches in diameter, a whole set will be taking up quite a bit of space. Will definitely have to get a bigger safe.

Would You Want a 5 Ounce Coin

Definitely not something you would put in your pocket, but if you’re looking a big coin with nice detail, then this coin is it. You won’t find these in circulation. The average mintages for each coin between 2010 and 2016 are between 10,000 and 30,000 which makes it more for the collector. It also could be a future investment if the price of silver rises. You decide.

4 thoughts on “Five Ounces of Silver”