Back in December 2017, I put together my coin resolutions for 2018,, and the first one was to complete my Peace Dollar collection.

Twenty years ago, in 1998, I started working on getting the 24 coins needed to get all the Peace Dollars

. Between 1998 and 2000, I went to local coin shows and collected 23 out of the 24 dollars, but in 2001, I was laid off from my job. Within a few months, I had to stop collecting coins as I couldn’t get a full time job. It wouldn’t be until 14 years later that I would start collecting again. 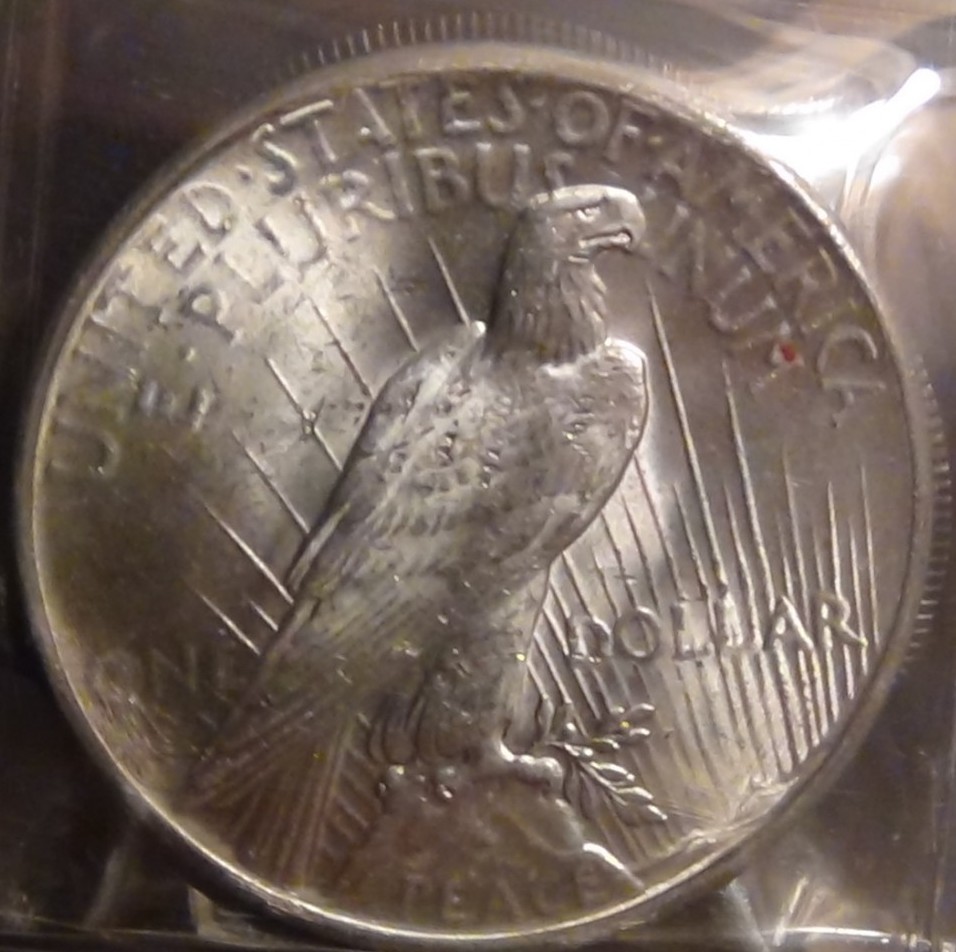 With Help From My Local Coin Club

Anyway, I attended my local coin club on February 21, 2018, and found that one of the auction items was a choice AU 1934-S Peace Dollar

. I had saved about half of the money since December, but I took out the other half and said if no one else bid for it, then I would. Well, as you may have guessed, no one did bid for it, and I won the coin. Twenty years after I started the collection, I finally completed it. If you decide to start collecting, or have been collecting for a short time, I suggest looking for a local coin club. You can get a lot of information from lectures or even individuals who attend often. There are usually people looking to sell coins and some of them have auctions which may help you with your collection like it did me. One of the nicest thing about being a member of a coin club is I can trust my fellow members. One coin I would not have purchased outside of a coin club or coin show is a 1934-S. There are counterfeits out there, and you need to be careful, especially with raw coins.

It Feels Good to Finish a Set

Not only am I glad to complete the Peace Dollars

, but also relieved. Even though I only needed one more, I knew it would be tough for me to get. Every time I looked at my Peace Dollars folder, I would see that empty slot and wonder if it would ever be filled. Today, I can say mission accomplished!

Now that I can put my completed Peace Dollars folder away, what should I work on next?

A couple of years ago, I started put together a short set of Walking Liberty Half Dollars

Last year, I also got a couple of the America the Beautiful Five Ounce Silver coins

which are nice to look at. I might consider getting more of them in the future.

If you decided to collect coins, what would consider working on first? Is there a particular set you would consider collecting and completing? Let me know what you consider doing.