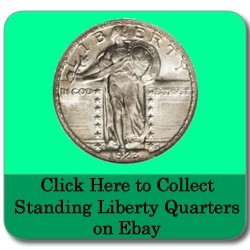 When you think of coins from the early 20th century, you would probably mention Buffalo Nickels, Mercury Dimes and Walking Liberty Half Dollars. What about Standing Liberty Quarters? These quarters were first minted at a time when the design of US Coins was changing, but people weren’t fond of them from the beginning. This was part of the reason that they would only last 15 years. Let’s find out more about the Standing Liberty Quarter.

The year was 1916 and the Barber Dimes, Quarters and Half Dollars were in their 25th year. By law, a coin’s design could be changed after 25 years without Congressional Approval. This was the perfect opportunity to make some changes. The results would be the Mercury Dime, Standing Liberty Quarter and Walking Liberty Half Dollar.

The US Mint brought in the Commission of Fine Arts to assist in deciding on the new designs for the dime, quarter and half dollar. The Mint’s Chief Engraver, Charles Barber, submitted sketches from the Mint, but the Commission didn’t accept any of them. Instead, they would get sculptors like Adolph Weimann and Herman MacNeil to submit sketches. They would accept five sketches from Weinman for the dime, half dollar, and the reverse of the quarter. They also selected MacNeil to design the obverse of the quarter. Eventually, they decided MacNeil should design both sides of the quarter. 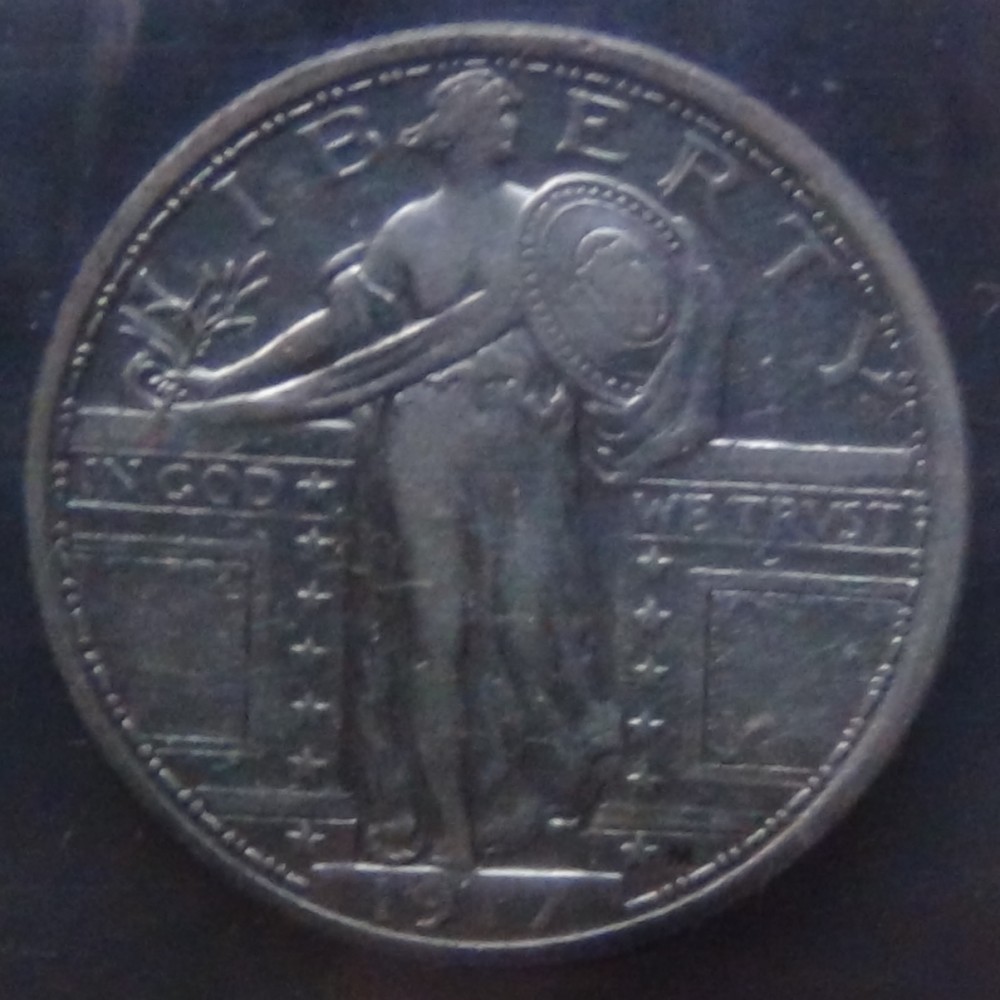 The identity of MacNeil’s model is not definitely known, but has been narrowed down to silent film actress Doris Doscher, professionally known as Doris Doree, and Broadway actress Irene MacDowell. Doscher would be known as the “Girl on the Quarter” for many years until 1972, two years after she passed away, when a newspaper reported it was actually MacDowell. To this day, there is no definite evidence which one it actually was.

MacNeil’s accepted obverse design shows the depiction of Liberty and her shield east toward Europe as they were in the middle of World War I. The United States wouldn’t enter the war until the following year. On her left hand, she is holding an olive branch. MacNeil’s designs depicted a peaceful image in a time of war. In fact, he would also submit a sketch for the future Peace Dollar, which ended up being designed by Anthony de Francisci. The reverse design would display the American Eagle flying right. 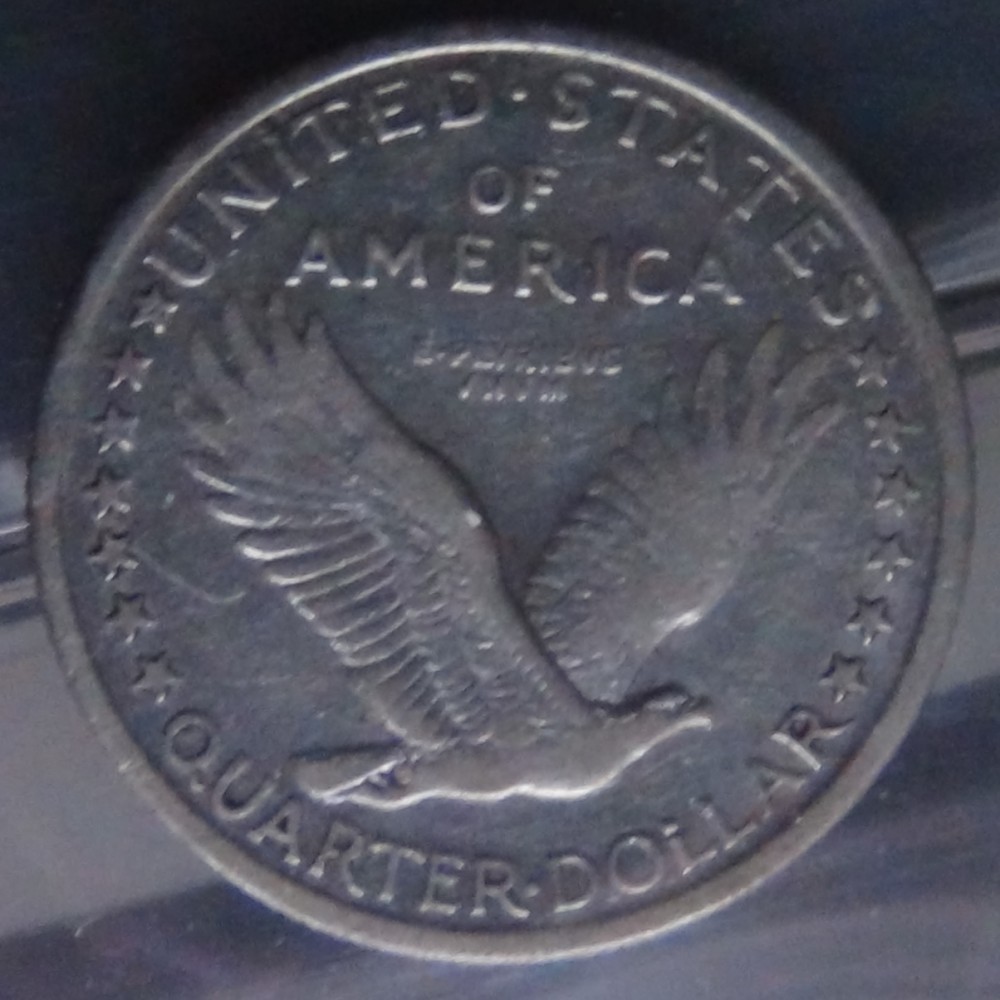 There were changes made to the quarter in 1917 including the covering of Liberty’s breast, but it was not because of public anger or prudishness. MacNeil originally had two different obverses including one with dolphins, but when trying to combine both, it was becoming impossible to do. So, MacNeil made a new design covering Liberty’s breast with a chain mail shirt. At the same time, the reverse was also changed with three of the stars moved below the eagle and dots placed between QUARTER DOLLAR and UNITED STATES were removed.

There was another issue with the Standing Liberty Quarter. Like the Buffalo Nickel, the date would wear down fairly quickly. Starting in 1925, the year would be recessed on the quarter instead of raised which proved successful for the remaining years.

There were two things about the Standing Liberty Quarter that made it different from other coins: 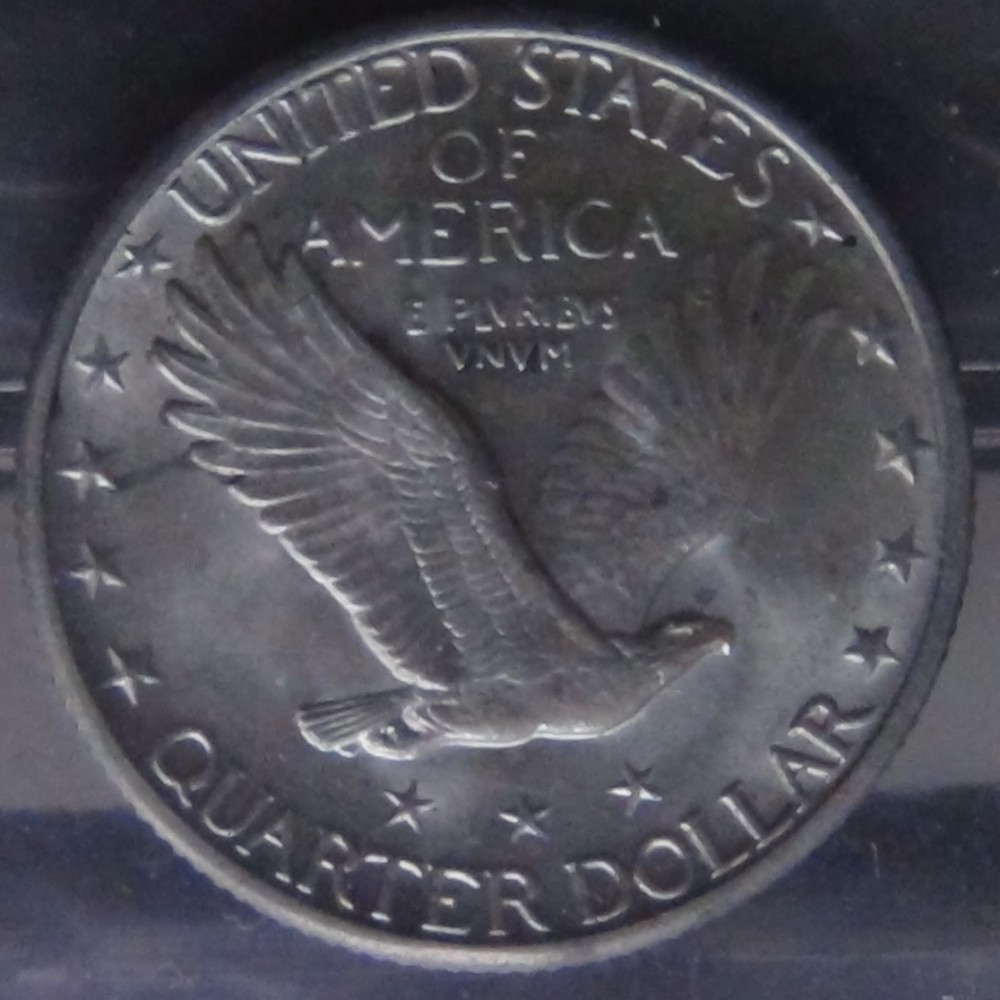 The Standing Liberty Quarter would be minted in Philadelphia, Denver and San Francisco from 1916 to 1930, with the exception on 1922. In the midst of the Great Depression, no quarters were minted in 1931. There was talk about having a commemorative for the Bicentennial of George Washington’s birth, but in the end, Congress passed an act to begin minting Washington Quarters in 1932, ending the production of the Standing Liberty Quarter.

There were only 52,000 1916 Standing Liberty Quarters minted, making it the ultimate key date of the series. This is definitely rarer than more popular key date coins like the 1909-S VDB Lincoln Cent and 1916-D Mercury Dime, and the value of it definitely shows. According to the 2019 Red Book, a 1916 Standing Liberty Quarter would be worth $3,000 in Good condition, $7,000 in Very Fine condition, and a low end Mint State condition would be worth $12,500.

Would you consider collecting Standing Liberty Quarters? I have two of them for my Type Set. Excluding the 1916, there would be 36 quarters to collect.