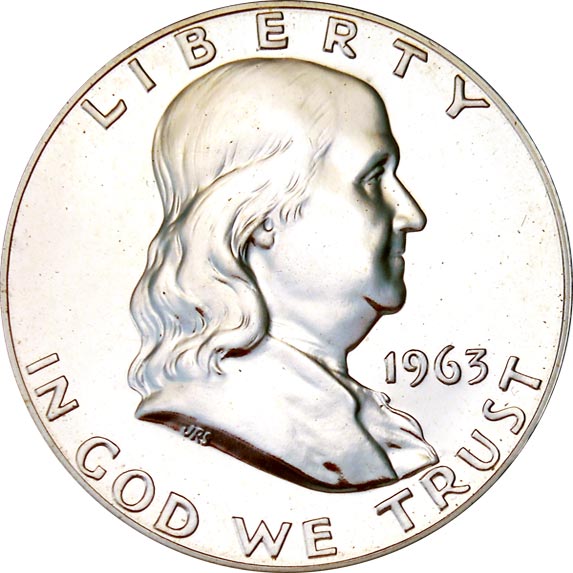 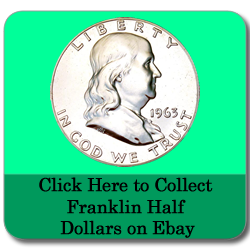 By 1947, the only US coin depicting Liberty on the obverse was the Walking Liberty Half Dollar. The penny had Lincoln. The nickel had Jefferson. The quarter had Washington. As of 1946, the dime had Franklin Roosevelt.

are a short set with 35 coins between 1948 and 1963. It is relatively easy to build a circulated or uncirculated set.

And now, you asked for it! A brief history of the Franklin Half Dollar. 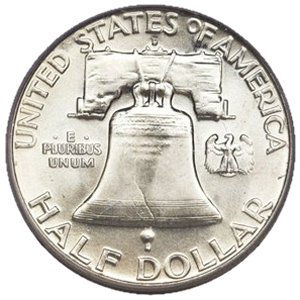 Mint Director Nellie Tayloe Ross was a big fan of Benjamin Franklin and wanted to see him on a US coin. With the law dating back from 1890 stating that a coin design change would need Congressional approval if it has been minted under 25 years, the only coins that were out longer than 25 years were the Lincoln Cent and the Walking Liberty Half Dollar. Knowing how people were fond of Abraham Lincoln, the only choice was the Half Dollar.

In 1947, chief engraver would start designing Benjamin Franklin on the obverse. He used the medal he made of Franklin as a guide. The reverse would have the Liberty Bell similar to the reverse of the 1926 Sesquicentennial Commemorative Half Dollar.

The half dollar was released to the public on April 30, 1948, but there one thing on the coin people did not approve of, Sinnock’s initials. Right there, below Franklin were the initials JRS. Minus the ‘R’ they are the same initials as Joseph Stalin, premier of the Soviet Union. The complaints would soon disappear and the Franklin Half Dollar would move on.

minted, the Half Dollar would be replaced in 1964 as a result of the assassination of President John F. Kennedy on November 22, 1963.

What was the Deal with the Tiny Eagle on the Reverse ?

By law, an eagle appeared the reverse of the quarter, half dollar, and dollar coins. It has been said that Benjamin Franklin despised the eagle. He thought they were scavengers. He preferred the wild turkey to be the national bird.  Could you imagine a wild turkey on the reverse of this coin. Out of respect for Franklin,  the designer made the eagle as small as he could.

Investing in Franklin Half Dollars

I could see two possibilities in collecting Franklins as an investment.

Would you consider collecting Franklin Half Dollars?

I think Franklin Half Dollars would be popular to the collector and the investor. A small set that is easy to put together. How can you go wrong?

Check Your Change
The Goals Of A Coin Collector

14 thoughts on “Collecting Franklin Half Dollars”