For some collectors, they look to buy coins in order to sell them for a profit in the future. Nothing wrong with that, but when people start altering these coins, dealers and buyers will consider them practically worthless. Here are some coins you shouldn’t consider buying.

One of the most important rules to coin collecting is DON’T CLEAN YOUR COINS!!! Let’s face it. Most collectors like coin in their original mint luster, but depending on how they’re stored, these coins can lose that luster and don’t look as pretty. So, to make them pretty again, people try to clean their coins.

Remember the Tarn-X commercials on TV? See what it does to copper, silver, and a poor Lincoln Cent

At first, the object dipped in products like Tarn-X do what they say at first, but after a while, some of the detail will disappear making the coins worth less than in its previous condition. This happens because the chemicals in these products contain acidified thiourea. This is a carcinogen which can not only do damage to your coin, but yourself as well. Besides, dealers will not even look at cleaned coins, and if they do, they will buy it for significantly less than it was originally worth. 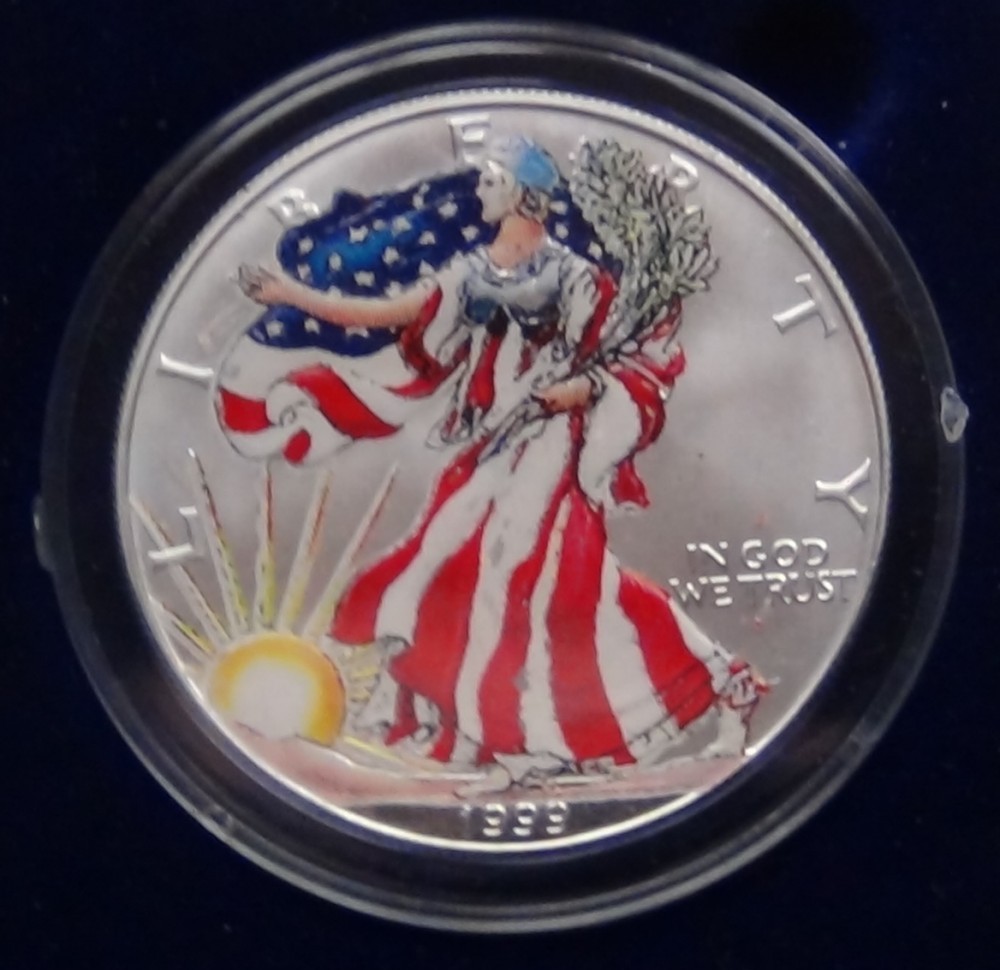 I believe this has been going on for about 20 years. Mint and non-mint coins are being painted over to make them look prettier. The main reason for this was to sell them to the public that are not necessarily interested in collecting coins.

Look at the images at the top of this post. This was gifted to me back when Al Gore and George W. Bush were running for President back in 2000. This is actually the obverse and reverse of a coin not from the US Mint and about the size of a Kennedy Half Dollar

. People actually bought this coin for the significance of the Presidential Election and the owner can put their favorite candidate on top. A nice idea, but I don’t expect to get anything for this, as nice as it looks.

to the right. It is beautiful to look at, I admit, but I probably wouldn’t get much more than the minimum melt value for it if I tried to sell it. Also, you may or may not notice that a little of the paint has come off. Nice, huh? 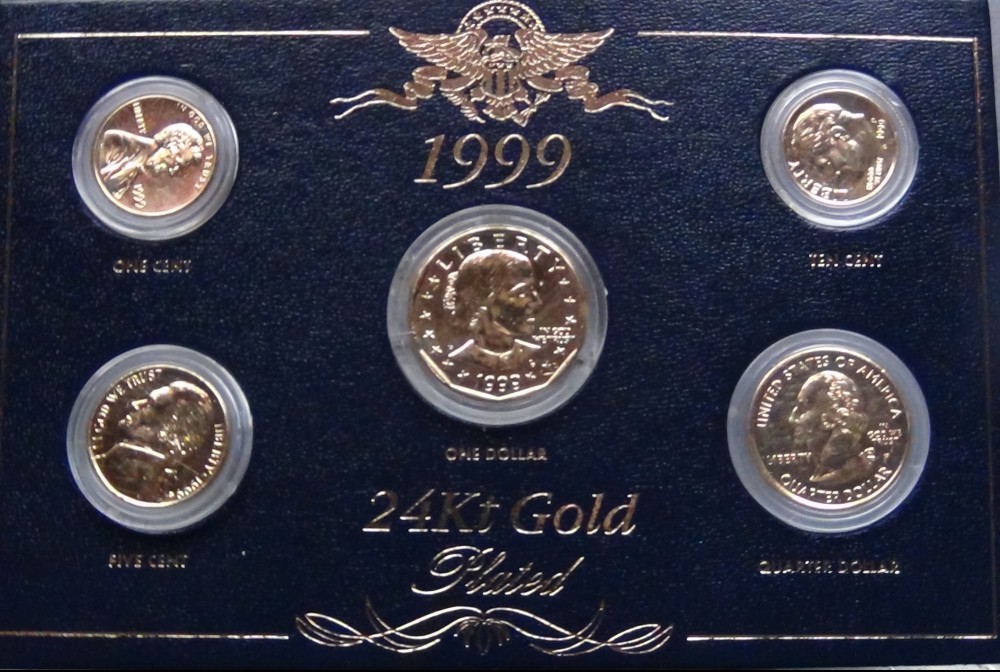 Here is another gift that I received back in the day, a 1999 set containing a Lincoln Cent

and Susan B. Anthony Dollar.

Once again, people see the word gold and think they’re getting more than what they paid for it. However, the word plated ruins that idea and do nothing for the coin collector they give it to. Looks nice though.

Nice to Look at Though

After all, these were gifts that were given to me with good intentions. That’s the only reason I keep them. I know that I wouldn’t get anything for them and cleaning coins is a definite no no.

I hope this help you when buying newly released coins. If you decide to buy, go straight through the mint, or from respective dealers, places or online sites.

4 thoughts on “Coins You Shouldn’t Buy”