In 2017, I visited the main US Mint branch in Philadelphia for the first time. I thought it would be interesting to visit for the US Mint’s 225th Anniversary. This year, Philadelphia will host the American Numismatic Association’s 2018 World’s Fair of Money. I have never been to an ANA show before, but with Philadelphia being only 4 hours away, I will try to attend this one in August.

Back in 1888, Dr. George F. Heath put out a four leaflet magazine called “The Numismatist” which provided articles and advertisements about coins. With subscriptions on the increase, Dr. Heath and four others would found the ANA in Chicago on October 8, 1891, to get people interested in Numismatics (study of coins). Starting with 61 members, it has grown to 24,000 today.

A new headquarters would open in 1967 in Colorado Springs, Colorado, where it remains today. Every summer, Colorado Springs hosts a seminar that usually lasts a week in late June/early July. Collectors and Professional Numismatists attend each year.

The ANA also has programs to get kids, or Young Numismatists (YNs), more interested in coin collecting. Some popular ones are the “Coins for A’s” program which give kids free coins if they get As on their report cards, and a Dollars program where kids can earn coins at different activities.

Here is the information about the World’s Fair of Money from the ANA website:

“Come see more than $1 billion of historic rare coins and colorful currency including $100,000 bills and a nickel worth $3 million — plus, find out what your old coins and currency may be worth! It’s all at the World’s Fair of Money®, the biggest, most educational coin show in the country.” 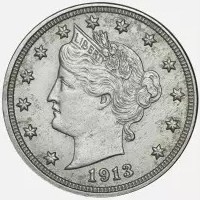 “Build your collection from the best numismatic inventory anywhere, participate in a live auction, attend lectures and seminars, and view rare historical treasures from the ANA Money Museum and private collections.”

that are known to exist. That in itself would be worth the $8 admission (free to ANA members), and I’m sure there will be many other interesting coins to see that you wouldn’t normally see. I wonder if there will be any other rare coins on display like an 1894-S Barber Dime or a 1804 Silver Dollar

. That would be so great to see!

There should be many dealers there that will buy and sell coins. Some of them will have some hard to find coins like 19th century proof coins, 1877 Indian Cent

. Whenever I go to a coin show, there are always some coins that I will say “WOW!” to because they are coins I may never be able to obtain, but get a rare glimpse to see up close. This is part of the fun of attending these events, whether you’re able to buy a coin that day or not.

Will I See You In Philadelphia?

I’m hoping to get there in August for my first ANA convention. It will be held at the Philadelpha Convention Center. Nearby is the Reading Terminal Market which is one of the oldest public markets in the country. I haven’t been at the market in over 20 years, but from what I remember, you could get a great meal there. You’re also a 15-minute walk from Independence Hall, the Liberty Bell, the National Constitution Museum, and the United States Mint. If you’re interested in collecting coins, the Mint is a must if you make it to Philadelphia.

So, now is the time to start thinking about checking out Philadelphia in August and meet other Numismatists from around the country. Would you consider going to ANA’s World’s Fair of Money?

2 thoughts on “Coins in Philadelphia”