Previously, I purchased cent and nickel rolls from the bank looking for wheat cents and silver nickels. This time, I thought I would do more hunting by purchasing quarter rolls. Of course, I’m looking for silver quarters, but now, I also want to find West Point quarters from 2019 and 2020.

Once again, I’m looking for Wheat Cents between 1909 and 1958. It would also be nice to find an Indian Cent. Well, no Indian Cents this time, but in the 500 cents I went through, I found two Wheat Cents. There was a 1944 and 1946 cent. With these two cents and others Wheat Cents I had saved in the past, I decided to buy a Lincoln Cent folder from 1941 to 1974. With the Wheat Cents and Lincoln Memorial Cents I found in the rolls, I have filled 34 of the 90 holes. I also found one of the 2009 Lincoln centennial cents which I have rarely found in rolls and put in the empty hole at the end. That makes 35.

I did find one silver nickel, a 1945-P. I also found a few old Jefferson Nickels including a 1940-D, 1952, and 1954-D. Of course, being in circulation for a long time, there was a lot of wear on them. So, they wouldn’t be worth much more than face value. At the same time that I purchased the Lincoln Cent folder, I also got a Jefferson Nickels from 1938 to 1961. With the nickels I mentioned above and others I found in the rolls, I filled 12 out of the 66 holes. There will be a few tough nickels to find including the 1938P, D, and S and the 1939D and S so it may take some time to fill the folder. Of course, the 1950-D was only in Mint Sets. So, unless someone accidentally puts one in a roll, I may or may not include it. 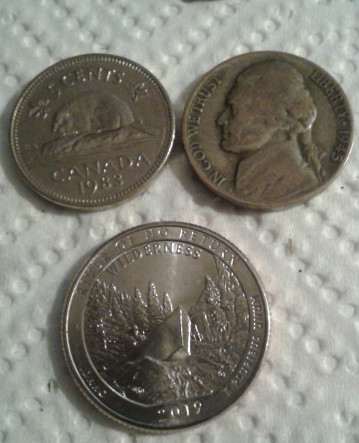 I usually purchase two quarter rolls at a time for laundry, but thought

It’s been awhile since I’ve found a silver Washington Quarter in a coin roll, and unfortunately, the streak continues. Nothing found before 1965.

So, the next thing to search for is a 2019 or 2020 West Point Quarter. Searching through 400 quarters, I did not find one with a “W” mint mark. In fact, I only found around a dozen 2019 quarters and all were from Philadelphia. On a plus side, I found a quarter to fill a hole in my America the Beautiful album. It is the last quarter of 2019, the 2019-P Frank Church River of No Return Wilderness from Idaho. I saw at least one of each 2019 quarter except for the San Antonio Missions National Historical Park, which I still need for the album. Hopefully, I’ll find it in the next set of rolls I get. 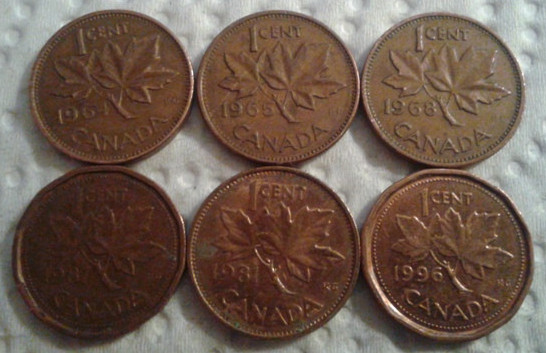 Going through the rolls, I found Canadian cents and nickels as well. Canada stopped minting cents after 2012. Maybe I can get coin folders for these as well.

The following weekend I went back to the bank and returned the coins I didn’t keep and got more quarter, nickel, and cent rolls.

So, now I went through 800 quarters, and still no West Point quarter. Argh! When I had said in a previous article that there were less than 1% of the quarters minted in 2019 from West Point, I wasn’t kidding. I’ll keep trying.

I also didn’t find any silver nickels in any of the nickel rolls this time. However, did find a semi-key date of the Jefferson Nickels, a 1955 nickel with around 8,000,000 minted. Considering there are over a billion nickels minted today in Philadelphia and Denver combined, I was ecstatic to find a 1955 nickel. It would be just like finding a West Point quarter, if only I could find one. Including this nickel, I found 8 more nickels for the Jefferson Nickel folder for a total of 20 between 1938 and 1961. 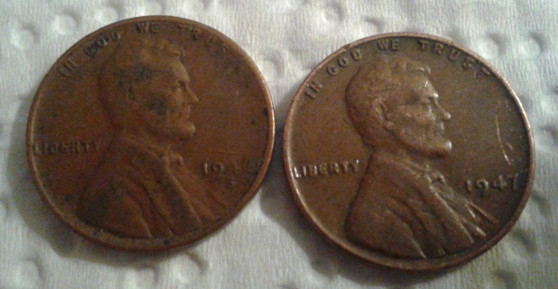 Found Something Outside Of The Coin Rolls

A couple of days after my second visit to the bank, I went to buy a coffee to bring home. Looking for change to pay for it, I noticed something. One of the cents in my pocket was a 1970-S. Unfortunately, it’s the large date version which is the common one, but it’s the first San Francisco Lincoln Memorial cent that I found for the coin folder. San Francisco minted cents for circulation between 1968 to 1974, but significantly less that Philadelphia or Denver. So, they are not as easy to find. I’ll say it once again… Always check your change!!!

Even though I have yet to find the West Point quarter, I am having fun going through coin rolls. I thought it would be more interesting getting the coin folders and trying to fill them. Maybe, when I fill them I can sell them. For example, if I am able to fill all of the holes of the cent folders through coin roll hunting, I have only spent 90 cents plus $3.50 for the folder for a total of $4.40. Looking on EBay, I saw full folder going for $14, $16, $40 and even $240. Now, there is no way I would consider selling it for $240 unless they were all MS-65, in which case I would put them in a coin album instead of a folder. I would try to sell it between $15 and $20, which would be 3 to 4 times more than I paid.

I’m going to try going through more coin rolls in the next few weeks to see what I can find. Sounds like there may be a “Coin Roll Hunters 4” in the future.