Happy New Year to all! 2019 is gone and personally, I will not miss it. I’ll explain why in my next article. Before writing this, I was looking at what I wrote here in 2019. Guess what! I only wrote 10 articles! Can you believe it? Sad, but true. Hopefully, I will be more productive here in 2020. Now that I got that off my chest, let’s look at some of the coins from 2019.

First, we heard that Lincoln Cents minted from West Point would appear in three yearly sets. The first would be the 2019-W proof cent included with the yearly proof set. I think many were excited to see this until they actually received the set. The cent was separate from the rest of the set, and unfortunately, for many including myself, there were spots toward the top of the cent. Anyway, next came the Silver Proof Set which would include a 2019-W reverse proof set. Of course, I like reverse proofs and was not disappointed this time. Finally, a 2019-W mint state coin was included with the yearly Mint Set. I got all three West Point cents. How about you?

Next came a surprise. The five 2019 America the Beautiful quarters would include ones from West Point in circulation. The catch? Only 2 million of each quarter would be minted in West Point. So, there was only 10 million West Point quarters minted in 2019. This may sound like a lot, but not when there are over a billion quarters minted each year. That will make these an instant rarity and though I have heard some people find them, I have yet to see one. I’m going to keep looking.

In 2018, we were introduced to the first American Innovation Dollar. Starting in 2019, we were supposed to four different dollars from the first four states that entered the Union: Delaware, Pennsylvania, New Jersey, and Georgia. Not sure why, but the mint didn’t start releasing any dollars until August, and it was a reverse proof of the 2018 Innovation Dollar. The Delaware rolls and bags were released in September and the reverse proof in November. In fact the New Jersey and Georgia reverse proofs will be released in January and February 2020 respectively. As much as I find the release of these coins strange, I’m glad to hear they will be doing reverse proofs for each one. October 2019 saw the introduction of the American Innovation Proof Set, which sounds like it will be a yearly set. If the mint wants to make this a successful collection, they may want to consider releasing the dollar in the actual year that is on the dollar, but maybe that’s just me. 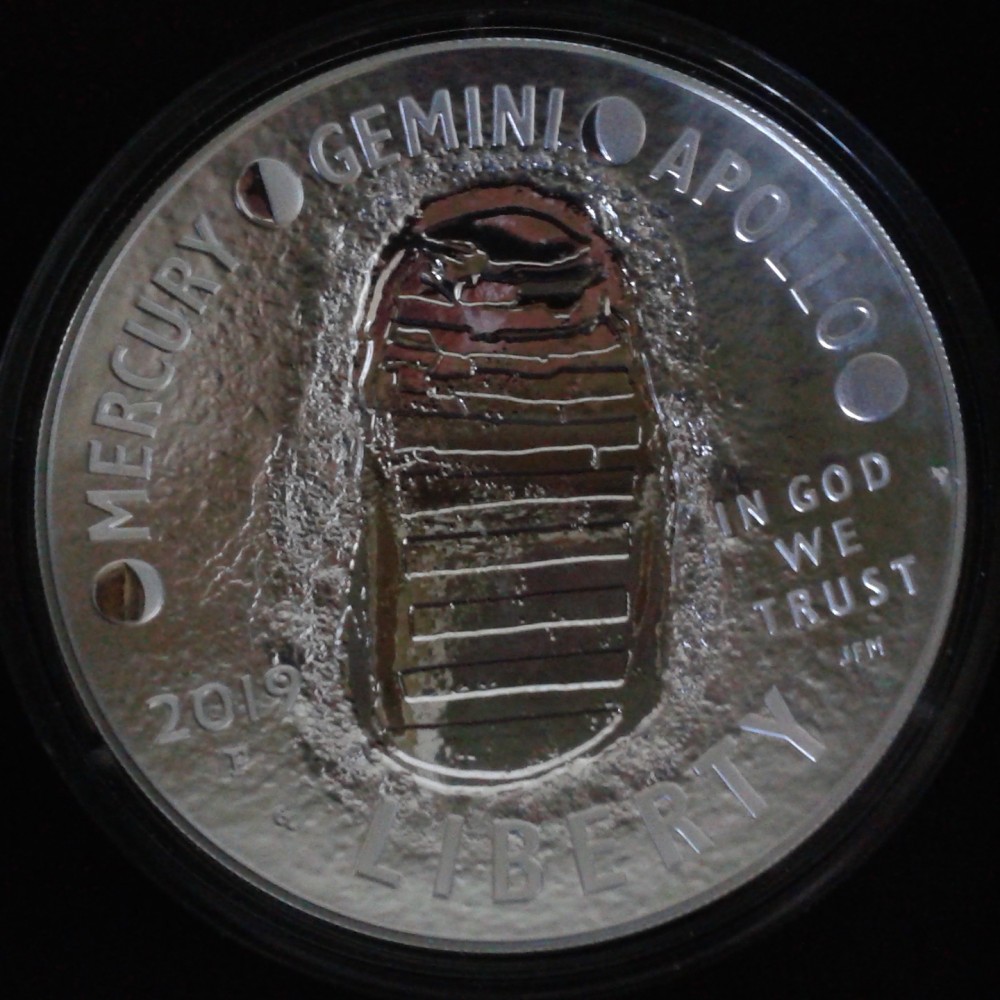 1969 saw the first men to land on the moon. Some people believed this happened, while others say it never happened. In any case, the US Mint created a commemorative for its 50th anniversary. In an effort to sell them, they made these commemoratives concave, similar to the 2014 Baseball Hall of Fame Commemorative, and for the first time, a Five Ounce Silver Commemorative. In fact, the five ounce silver was the one I would end up getting at a coin show shortly after they were released. Did you get any of the Apollo 11 Commemoratives?

What About My 2020 Coin Resolutions?

Well obviously, I am going to try to work on my Walking Liberty Short Set and get whatever American Innovation proof and reverse proof dollars that get released.

My friend found out that similar to 2019, the three 2020 collectors sets will have an extra West Point included. This time, West Point will be minting proof, reverse proof, and mint state Jefferson Nickels. I just hope they do a better job with the proof Jefferson Nickel than they did the Lincoln Cent.

One thing I definitely want to do is write more than ten articles in 2020. I’m going to try to do one a week. Wish me luck.

Do you have any coin resolutions this year? I would like to hear about it.